Covering the Cleveland Browns in the over/under wins proposition bet is the true mark of the rational NFL bettor – at least that’s what NFLbets tell ourselves as we get back up on the same damn orange-tinted horse.

Two years ago, the masses bought into the superteam myth, as the Browns rose to near-AFC favorites mostly by dint of shucking off Hue Jackson and thereafter interim HC/sociopathic barnacle Gregg Williams. Going into 2019, Cleveland brought quite promising-to-extremely promising young players like Miles Garrett, Nick Chubb and Baker Mayfield; Denzel Ward was picked up in the draft, while Odell Beckham signed to pair with Jarvis Landry. As it turned out, however, as a head coach Freddy Kitchens made a slightly-above-average WRs coach, the Browns finished 6-10 and speculative bettors lost tons.

For 2020, the Browns brought in Kevin Stefanski as head coach – hey, at least he had one year of OC experience – and used their inevitable high first-round draft pick on Crimson Tide tackle Jedrick Wills. With Mayfield’s stock among bettors dropping in inverse proportion to amount of his appearances in television commercials, the ’20 Browns weren’t even among the top-10 shortest odds in preseason “To Win Super Bowl LV” props, drawing a 30/1 line along with other disappointments of the season prior, the Raiders, Vikings and Rams, while forecasting by sportsbooks for a measly 8 wins.

And despite taking the second-most Covid optouts prior to the wacky 2020 season and losing Becks before the midway point, the Browns featured the best 1-2 running back corps in the NFL, finished 11-5 and threatened the staggering Steelers for the division title down the stretch – NFLbets guesses coaching matters, eh.

And now, going into this post-pandemic season, the Browns have added JaDaveon Clowney in free agency and harkened back to the past in drafting Greg Newsome II. Cleveland’s AFC North division mates in Pittsburgh and Baltimore seem primed for a downturn and, considering the two-decade run in which the Patriots, Buccaneers, Seahawks, Saints and to some extent the Cardinals each rid themselves of a decades-old Loser label. Argument no. 1 in betting on the 2021 Cleveland Browns is thus: Why not them? 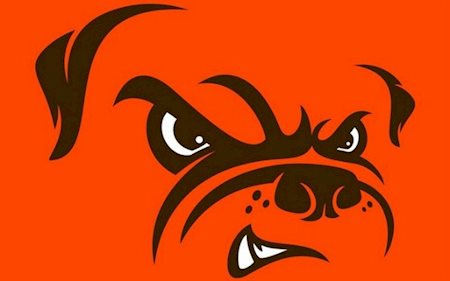 Those bettors with intestinal fortitude enough to back the seemingly perpetually disappointing Browns may join NFLbets on some speculation as to what a run to the Super Bowl (or even the AFC Championship game) might look like.

Historically, the most difficult part of forecasting the AFC North winner in any year, i.e. the hard-fought intradivisional games. Since 2010, the home team is 78-57-1 SU, but 61-70-5 ATS – and in most seasons, Cleveland and Cincinnati could both be depended upon to serve as punching bags. NFLbets is betting (literally) on Pittsburgh trending down, Baltimore holding level-ish and Cincinnati trending up; with two of these sentiments thought controversial by the bookies, let’s avoid a statistical wormhole and call the Browns’ record 3-3 in those games.

Outside the division, the schedule-makers have looked generally favorably upon the Browns – despite having to open at the defending conference champion Kansas City Chiefs. For example, beginning in week 2 it’s a run of After that, Cleveland gets a run of vs Houston, vs Chicago, at Minnesota, at the Chargers, vs Arizona and vs Denver. NFLbets projects conservatively a 5-2 mark for these seven games; note the interesting lack of AFC North games.

Hosting Arizona (posted to the schedule by dint of the Browns’ 3rd-place finish in 2020) in week 6, Denver in week 7 and Las Vegas in week 15 allows Cleveland to dodge three of four possible Mountain/Pacific Time Zone games in the schedule; the fourth is the Los Angeles game in week 5, a de facto home game with clocks set back.

The three outstanding games for the 2021 Browns are at New England in week 10, vs Detroit in 11 and at Green Bay in 16. We’ll say Bill Belichick has enough of the Patriots’ shit together by their 10th game to defend Foxborough against what could be an overconfident, overhyped 7-2 Cleveland. Conversely, the Lions will, charitably, not be very good. NFLbets are not at all believers in the Packers, a team already in decline and less likely every day to have Aaron Rodgers (or anyone remotely interesting) at QB, but humoring the masses, NFLbets’ll put the Browns’ mark at 1-2 in these games.

Interesting to note an oddity perhaps brought about by expansion to 17 games: The Browns’ week 13 bye is sandwiched by Ravens games…Totaling up the 2021 Cleveland Browns’ prospective win-loss record leaves us at … you guessed it: 10-7. This closer look has NFLbets’ sickness for the Browns growing, though; we’re believing that the damn Cleveland Browns could win 13 or 14 games this year. But hey, no need to get out of hand: Take over 10 wins for the Browns. Really.