The 2022 NFL wildcard round peaks on Sunday with a massive tripleheader for betting. Are you ready? Of course you are – and so is NFLbets. Here’s what we’re thinking for bets for this triad of games…

On its face, 8½ points seems a pretty reasonable handicap to give a no. 7 seed against the defending Super Bowl champions. The Eagles may have gone on quite the late-season run – 6-1 SU/5-2 ATS, to be precise – but the blowout at the Cowboys’ hands in week 18 deflated their metaphorical football a bit and made them look like just another of the five teams backing into the wildcard round.

(The others are the Cincinnati Bengals, New England Patriots, Los Angeles Rams and Arizona Cardinals; only the Rams played a playoff team in week 18.)

So what stands in the way of a Buccaneers win emphatic enough to withstand garbage time points? The champs still sport some holes, particularly at wide receiver and secondary; nor will Jason Pierre-Paul play. Mike Evans and Leonard Fournette are going, though, so any hype you may hear about “Touchdown Tom” Brady playing short of weapons is mostly nonsense.

Recent history goes against big favorites at home in this round. Statistics we ran in reference to Saturday’s over-inflated line of Las Vegas Raiders +6 at Cincinnati are particularly relevant for Eagles-Buccaneers. In the past five NFL wildcard rounds:

To NFLbets, these numbers indicate overarching trends rather than stuff ready for snapback by regression. In other words, we should not be shocked to see underdogs go 4-2 ATS this weekend.

As for the Brady Mystique, let’s just say the magic works a little differently in the postseason. Though Brady’s teams have gone an incredible overall record of 30-11 SU, their ATS mark is just 24-20-1 – and that includes last year’s 3-1 run. And Brady’s teams when favored by 6 or more points are just 8-11 ATS while going 16-3(!) SU. The point here The sportsbooks, with a push from heavy action, tend to overrate Brady and his guys while the man has to this point been purely interested in winning by any means necessary.

That’s the historical/mathematical case for the Eagles, but NFLbets ain’t buying it. Truth is that Philly was a miserable 0-5 SU/1-4 ATS against playoff teams, with the sole cover coming against these Buccaneers by a single point after Tampa Bay took a 21-point lead late in the third quarter. We’re saying take the Tampa Bay Buccaneers -8½ vs Philadelphia as well as the over on an O/U of 45½ points; even in the losses to quality teams, the Eagles still managed an average of just under 20 points in those games. Can the Bucs score 26? Seems solid.

Some sportsbooks have reportedly seen 50% to 60% of all action on wildcard weekend coming in on the 49ers. And as with the Bengals, NFLbets doesn’t understand from where the bettors’ confidence is coming.

Or maybe it’s underconfidence in the Cowboys. Comprehensible enough, we suppose, at least in the historical respect. *In the entire 21st century*, Jerry Jones’s dudes are 3-7 SU/ATS. Even more disheartening for would-be Dallas backers is the downward trend these teams continue to suffer: Since Dak Prescott came to the team in 2016, the Cowboys are 18-6 SU/14-9-1 ATS in December – but an appalling 2-5 SU/1-6 ATS in January.

Of course, things may be different for this iteration of the Cowboys. The defense is a virtual all-star team loaded with studs like DeMarcus Lawrence, Randy Gregory, Trevon Diggs and the magnificent Micah Parsons. They were no. 2 in the league in points allowed, a height a Dallas D hasn’t reached since doing so four consecutive seasons from – you guessed it – 1992 to ’95.

And that, for NFLbets, is the rub. We need not mind about Prescott or the rapidly-aging Ezekiel Elliott, the bizarre lack of trust that 49ers head coach Mike Shanahan still (still!) appears to show in Jimmy Garoppolo, or even whether the Cowboys can stop the white-hot Deebo Samuel: We’re looking at quite possibly the two best defenses in the NFL this year and we love betting the under – take the under on an O/U of 51 points.

The Pittsburgh Steelers still claim enough of a fandom that finding someone willing to argue the Steelers’ case in what will mercifully be Ben Roethlisberger’s last game. These arguments simply must be emotion-based, as nearly no Steelers offensive player has been statistically significant in 2021, least of all the QB who ranked 15th in passing yards, 17th in completion percentage and 14th in passing TDs – literally the worst numbers of any quarterback in the playoffs.

On the other side are the Chiefs, two-time defending AFC champs on a 9-1 SU/6-4 ATS run. They also averaged 35.4 points over the last five games of the regular season and, by any indication, have rounded into the dominant form shown over the past three seasons.

Granted, Kansas City hasn’t faced a proper defense since week 11 against Dallas, but look at it this way: the line predicts a final score of around 29-17. That score for the Steelers is believable even if a bit high for a side that’s averaging 18.4 per game over the last seven and managed just 10 against these Chiefs three weeks ago – but even in the Watt/Fitzpatrick-dominating worst-case scenario, Patrick Mahomes & Co. can surely put up 18…Take the under on an O/U of 46 points.

Defining the biggest non-quarterback Jenga pieces on the Cowboys roster

The Dallas Cowboys are missing their franchise quarterback. The team has a lot of other important players even if they don't touch the ball on every snap. Dave Dameshek once referred to the “Jenga Theory” which is similar to a game of Jengas. 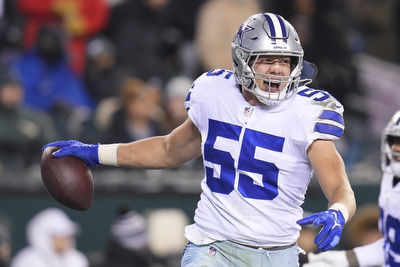 The Dallas Cowboys made headlines this past offseason for all the wrong reasons. Leighton Vander Esch's re-signing falls into that category. 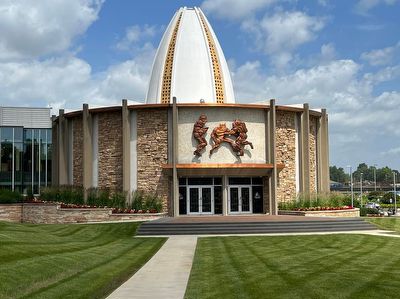 The Dallas Cowboys have questions at wide receiver. The team lost Amari Cooper and Cedrick Wilson and Malik Turner in free agency and traded Amaryll Cooper. Michael Gallup is injured. 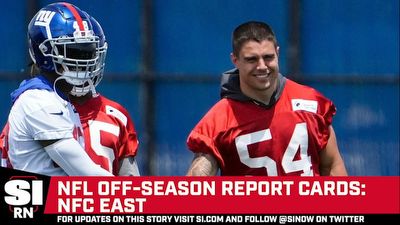 Eagles earn only 'A' in NFC East as Offseason Grades are Handed Out. SI Fan Nation team publishers who cover each team in the division (Ed Kracz – Eagles, Patricia Traina (Giants), and Mike Fisher (Cowboys and Commanders) also got together for a video to answer one question – their favorite move and worst move of the offseason for each of them. 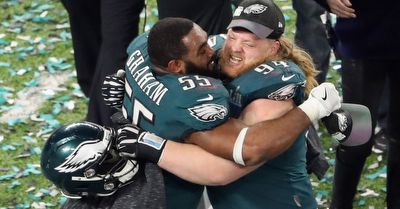 The Philadelphia Eagles had a successful 2022 NFL Offseason. They extended old players and signed free agents. Howie Roseman did a great job focusing on improving all positions. The team's receiving core is the team’s key position group this season. 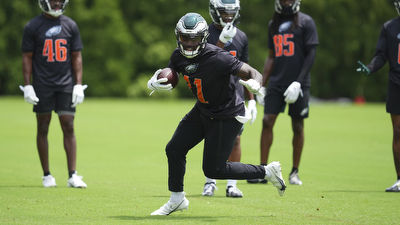 Miles Sanders has high expectations for the Philadelphia Eagles this fall. Sanders is currently without a contract for 2023 NFL season. A.J. Brown, Sanders' teammate, tempered Sanders’ expectations. The Eagles need to put in the work to reach their potential. The former PSU rusher believes that the team is unstoppable. 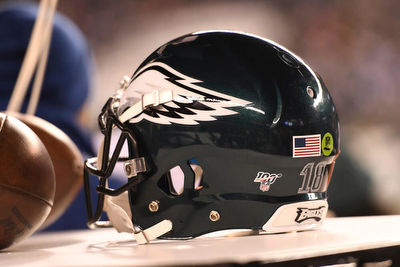 The Philadelphia Eagles have had a lot of success on the big screen. Invincible and Silver Linings Playbook are the best movies to represent the Eagles. 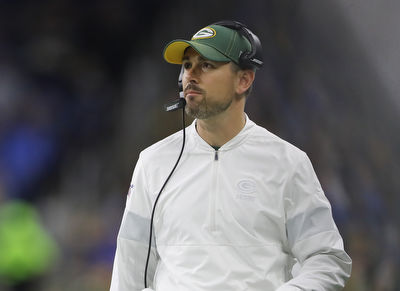 How will the Green Bay Packers win games in 2022?

The Green Bay Packers finished 18th in 2019 and No. 9 in total defense. They were the No 1 scoring offense in the NFL (31.8 PPG) and the 9th best defense (5,344 yards allowed). Rasul Douglas led the team with five interceptions. 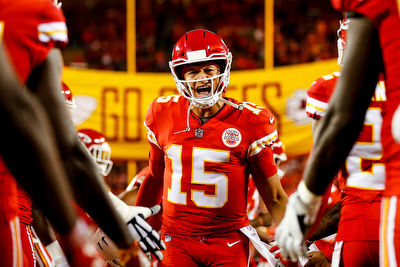 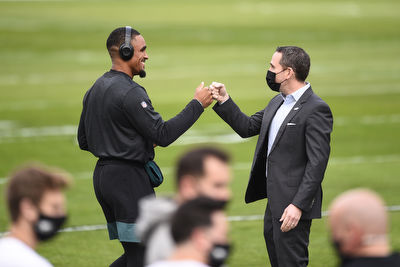 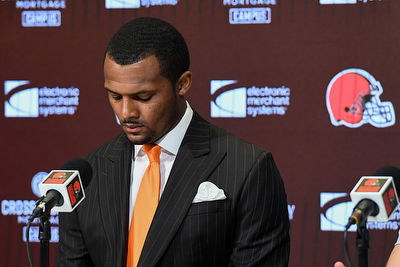 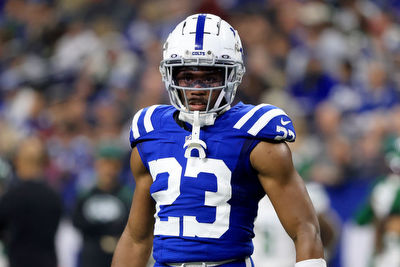