Come on, now, just because the rulebook is ever tilted in favor of the quarterback and his point-scoring offense, do we all need to lose our collective minds? Contrary to what ESPN’s talking heads pushing the party line that defense “has been legislated out of the game,” we’ve seen some tremendous individual and team performances throughout the season. While the casual fan goes nuts over Drew Brees and Patrick Mahomes, those paying attention are gawping at the play of Aaron Donald and Khalil Mack.

If you are, like NFLbets, a bigger fan of the defensive game, you’re going to love betting on this week’s Sunday Night Football matchup…

NFLbets don’t know about you, but the Los Angeles Rams’ 30-16 thumping of the Detroit Lions last week symbolized more than an ordinary beatdown of a mediocre team, but rather the resurrection of the high-quality defense the team played in 2017. Was the return of Aqib Talib all it took to ascend the Rams D from general badassery to the cusp of legendary? It sure appeared so last Sunday.

Talib garnered zeroes across the stat sheet, but with the side of the field opposite Marcus Peters finally covered again, a hapless Matt Stafford and the Lions offense converted a measly 2 of 12 third down attempts. Nightmares of should-be-NFL MVP Aaron Donald will dog Stafford as the extra tenths of seconds are all Donald needs to destroy his side of the offensive line. Donald is freakin’ Superman out there, and his Justice League is filled out by the likes of John Johnson (38 tackles in the past four games) and Dante Fowler, who’s gotten past the stupid penalties and looks like one of the league’s best acquisitions of 2018.

On the other side of the field are the Chicago Bears, who you may remember brings their own hardcore defense led by another top-5 NFL player and top-5 acquisition in Khalil Mack. Football Outsiders’ DVOA metric has the Bears D at no. 1 against the run or pass, and they’ve literally been top-3 in the both stats since opening week. They’re top-5 in most straight up statistics, including no. 1 overall in turnovers generated and interceptions. In their eight SU wins in 2018, the opposition has been held to 22 or fewer points. The point: Chicago likely has the only defense that can win games in the 2018 NFL, e.g. the Thanksgiving Day game against the Detroit Lions.

And now for the weather: Temperatures in the low 20s are expected in Chicago this evening, but no precipitation is expected. Rams QB Jared Goff is 2-2 SU (and 0-4 ATS!) in games played below 40° F and looked pretty terrible against Detroit; Todd Gurley is 3-2 SU/1-4 ATS, and the Rams scored an average of 17.2 points per game in those five.

So why is how to bet this game a question at all? Take the under on an O/U of 51 points, which is way too high, and enjoy a classic defensive battle.

49ers cover the -2 spread and the total is under 46. Los Angeles Rams are the underdogs. 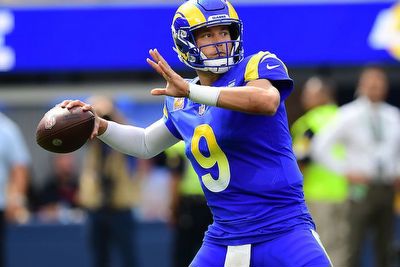 Los Angeles Rams and San Francisco 49ers meet on Monday Night Football. The parlay with three picks with a $1000 free bet would net you $7289.26. 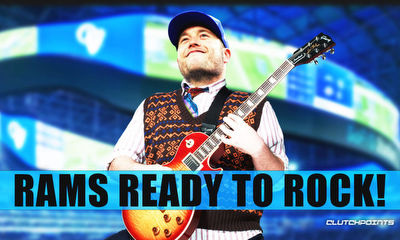 The Los Angeles Rams are on a two-game win streak and the San Francisco 49ers are coming off a defeat. The Rams haven't demonstrated dominance to start the season. Rams lost their last three away games against the 49er. Trent Williams will be out for the game. 49ER's offensive line will miss him. The 49ERS have allowed 7.0 sacks this season and have a poor defensive line. 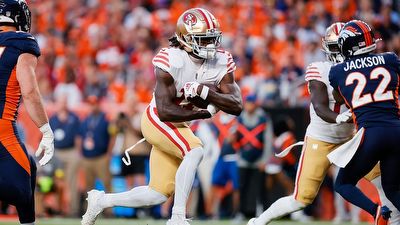 The San Francisco 49ers lost by a point at the Denver Broncos in Week 3. The 49er's offense was impotent after losing tackle Trent Williams. Kyle Shanahan and the 49erns take on Sean McVay and Los Angeles Rams on Monday Night Football on October 3rd at 5:15 pm PT (ESPN). The line is 49ERNs -1.5. The Rams and the 49ers are playing on Monday Night Football in a rematch of the NFC Championship Game. The Rams have won two games in row and are looking for their third straight victory. 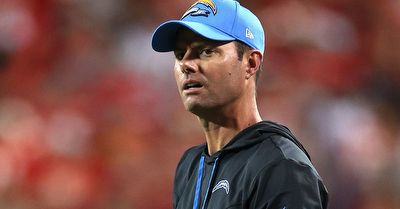 How Week 3 in the NFL impact the Los Angeles Rams

This website only highlights things that relate to the Los Angeles Rams. 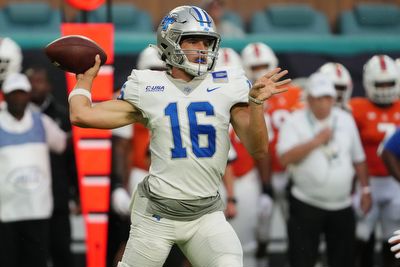 The Los Angeles Rams and the San Francisco 49ers meet in an NFC West division matchup on Monday night football. Los Los Aleshia Rams are 2-1 on the year and they beat Arizona 20-12 last time out. San Fran lost to Denver Broncos 11-10 last week. The 49er's are 1-2 on this season and are favored at home. Los LA is 31-15- 1 ATS in their last 47 games against the NFC and 1.4 AATS in last 5 games overall. 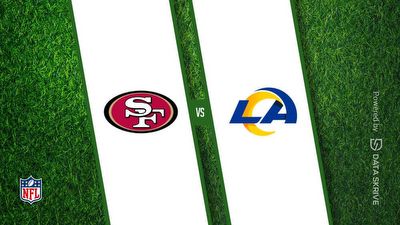