Some things just go together – like betting and NFL football. Betting on the NFL is an American pastime, even if it is illegal in some states. The popularity of the NFL exists because of the games, but also because of the gambling.

The NFL has a full season of games to provide entertainment, but the gambling takes that entertainment to a different level.

Betting on the NFL is so popular in the United States that over 40 million Americans wager on the NFL in one way or another, and American Gaming Association estimated that over $90 billion is wagered on professional football every year.

The Chiefs are the biggest favorites to win this weekend's divisional round games.

The Philadelphia Eagles are a touchdown favorite against the New York Giants. The teams met just over a week ago, with the Eagles winning 22-16.

The NFL playoffs continue with the divisional round. BetMGM's already posted odds for the next slate of games.

Dallas Cowboys and Tampa Bay Buccaneers are playing on Monday night. The winner will play in the Divisional Round.

Last year's divisional playoff weekend saw four games decided by a combined total of 15 points. Kansas City and Buffalo have to win to get a rematch in the AFC championship game.

Dallas Cowboys beat Tampa Bay Buccaneers 31-14 on Monday night. The Cowboys' victory completed the wild card round and set the stage for the divisional round.

Bryce Young is the favorite to be the first pick of the 2023 NFL Draft.

The 49ers and Cowboys are playing each other in the NFC Championship. The Cowboys advanced to the next round with a double digit victory over the Seahawks.

Philadelphia Eagles have issued their first official injury report. They are preparing for their Divisional Round playoff game against the New York Giants.

Dallas Cowboys will take on the 49ers in the Divisional round of the NFL playoffs on Sunday.

NFL parlays for Divisional Round are available. The full extent of injuries and team's success and failures are unknown.

The NFC's top spot was taken by Philadelphia. The teams got the weekend off before playing in the divisional round next weekend.

The top-seeded Philadelphia Eagles will play the New York Giants in the divisional-round showdown.

The Tampa Bay Buccaneers will play the Dallas Cowboys on Monday Night Football later this evening. The winner will advance to the NFL Divisional Round.

The Giants beat the Vikings 31-24 to advance to the Divisional Round of the NFL playoffs.

It's already time to look ahead at the Divisional Round of the NFL playoffs. Betting on the game as soon as possible is generally a good strategy when it comes to betting on NFL.

Bengals-Bills is a Divisional Round game. BetMGM is giving Bengals fans $200 guaranteed if at least one touchdown is scored in the game, and it's a +2000 odds win for a single TD.

The New York Giants and Philadelphia Eagles will play in the NFC Championship Game.

The Kansas City Chiefs are the AFC's top seed. They are coming off their bye week and will play the divisional round on their home turf.

The New York Giants will play the Minnesota Vikings in the NFL wild-card game on Sunday. The Vikings are a three-point home favorite.

The NFL playoffs began with two games on Saturday. The San Francisco 49ers and the Jacksonville Jaguars both moved on to the divisional round.

Dak Prescott and Kirk Cousins are hoping to win the Super Bowl. They could earn $1 million each if their teams win it.

New York Giants fans think they are going to win against Minnesota Vikings in the wild-card round of the 2023 NFL playoffs. Big Blue View writers agree.

A bettor placed $1.4 million on the Los Angeles Chargers to win the Wild Card match against the Jacksonville Jaguars.

The NFL playoffs kick off this weekend. The Bengals are the favorites in the rematch of their Week 18 game.

Buffalo Bills and Miami Dolphins are playing for AFC East supremacy on Sunday. The winner will advance to the divisional round next weekend.

The winner of the AFC North Divisional matchup keeps going, the loser is eliminated.

Lamar Jackson is out for the game. The Bengals are big favorites.

Latest News and Updates from NFLBets

Bet on NFL games online with our exclusive promo codes

The popularity of the NFL is based on the fact that everyone can become a fan, with an easy to understand game, and a simple team to support. The NFL provides all of the drama that a person could ask for, with high-stakes games, and big stars. However, the NFL also provides a different level of excitement, as it is possible to place bets on the games.

It is not just the games which are exciting, but the gambling which surrounds the games. The NFL offers a range of different bets, giving the gambler a chance to place their money on the teams to win, or to bet on individual displays, or on the final score. Internet betting sites allow fans to place their bets from the comfort of their own homes, while the betting shops give fans the chance to get out of the house, and to enjoy the thrill of the game, while they place their bets.

In some respects, gambling is right at the heart of enjoying the NFL itself; as that great social commentator Homer Simpson once noted, “Gambling is something daddies do to make football more interesting.”

As with any sport, friendly wagering probably took place among the crowds watching the very first football game. Yet the connection of betting to NFL football has been very nudge-nudge wink-wink since the explosion in popularity of televised NFL games beginning with the AFL-NFL merger in 1970. In those days, pre-game shows and leadup analysis was based firmly in the point spreads and odds – point spreads and odds created by illegal and ostensibly frowned-upon bookmakers.

With the expulsion of Jimmy “The Greek” Snyder and his ilk from network TV in the 1980s, the explicit reference to gambling left mainstream TV and the NFL played down even the subtlest references to odds. But there was still cable TV – not to mention office pools, rotisserie leagues which later evolved into daily fantasy football and Super Bowl betting games aplenty. And when internet gaming came along, the rolling back of puritan attitudes toward an activity which, let’s face it, a majority of fans participate, became inexorable.

In short, as states legalize sports/NFL betting, the only better time to be an NFL bettor is, well, the future. NFLbets has it all - Point spread for NFL games this week, latest odds, picks, betting trends, betting tips, exclusive promo codes, the best online sportsbook websites for betting on the NFL and lot more than you can use for betting NFL games all season long!

What NFLbets brings to the NFL bettor

At NFLbets, we’re bettors on a budget and as such, we hope to bring information, tools, picks and hopefully some fun stuff that like football devotees can find useful and/or interesting. Among our finer points include the following:

The staple of any NFL betting-centric enterprise is weekly picks and best bets. To be completely honest, office pools which require one to bet on every game on the weekly slate is preposterous. Who would ever bet every single game of 16 played on opening week? The proper NFL bettor chooses a reasonable amount of games and/or prop bets – likesay, one to three – per weekend to cover and exploits those more obviously lucrative picks. “Best bets of the week” are always the bread-and-butter of the professional prognosticator, and we stake our reputation on our best betting predictions.

NFLbets will of course take a shot on these pages in our weekly picks. Despite the general folly of attempting to win even more than 59% when betting every single match, filing out such forms for fun – not money, unless you’ve got it to burn – can be instructive, as it does draw the attention to the entire league week to week and can instruct as to why certain teams win or lose. Truth is, though, the more games you pick, the worse you’ll do nearly 100% of the time.

NFL Honors, is the National Football League's annual awards show recognizing the NFL's best players, performances, and plays from the current season. We are your resource for predictions and odds on all the awards and honours during the season and into the offseason. Bet on NFL awards in 2023 with our top selection of sportsbooks. Remember to keep checking back with us for the latest NFL Honors odds and NFL awards betting trends. 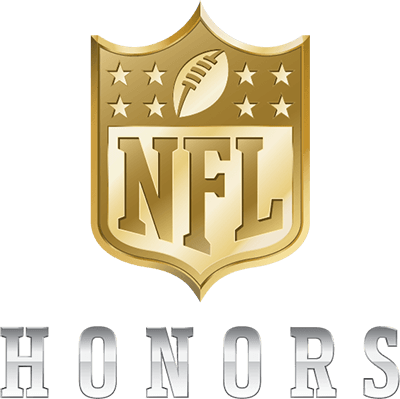