When can you bet without regret on Mac Jones in 2022? Only when all other trending advantages are on your side. And hoo boy, is that the case with the primetime Thanksgiving Day game, with a line of

After the Cowboys thoroughly spanked the Vikings (along with anyone deluded enough to believe in this team as a viable Super Bowl contender) on Sunday, NFL bettors were reminded of certain realities, i.e. the Vikes are running with a first-year head coach, their offensive line rather falls apart when LT Christian Darrisaw goes out and, well, Kirk Cousins is your quarterback.

Starting Cousins while running on smoke and mirrors is obviously not sustainable: The Vikings are 3-0 SU but 1-2 ATS against first-year head coaches’ teams this season; they’re also 5-0 SU against teams currently with a losing record but 2-3 ATS in those games.

So in come the New England Patriots, with head coach Bill Belichick well known for dominating in short weeks: Since 2000, his Pats are 14-4 SU/10-6-2 ATS on Thursdays.

More immediately, New England brings an ever scarier pass rush defense to bear against Cousins & Co. The Patriots D leads the league in QB pressures and in five of the past six have allowed 17 or fewer points. Essentially, the Pats will show Minnesota the same look the Cowboys gave ’em in week 11 and research shows that didn’t turn out so well for the Vikings…

As for Justin Jefferson, well, we all know what they say about Belichick removing that chief weaponry. Last Sunday, the Cowboys double-teamed Jefferson while blitzing repeatedly, and the stud WR was left to season lows in targets and catches. With no Darrisaw shoring up the left side, this could be quite the long day for Vikings backers. So take the Patriots +2½ and take the over on an O/U of 42 points. 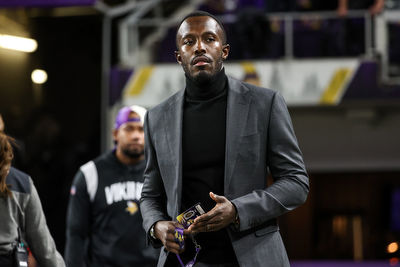 The Vikings have the 24th overall pick in the 2023 NFL Draft. The Dolphins forfeited their pick due to tampering violations. Minnesota has had success in that range in recent years, taking Justin Jefferson 22nd in 2020 and Christian Darrisaw 23rd the following year. 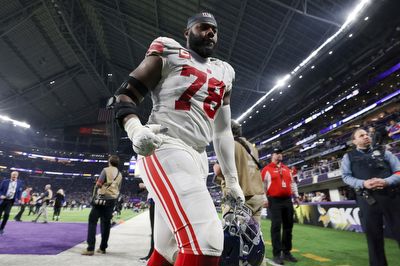 After stellar performance vs. Vikings, Giants’ offensive line has hands full against Eagles in Divisional Round

Daniel Jones and the Giants' offensive line played well against the Vikings. They allowed only four quarterback hits and averaged 5.6 yards per carry. Left tackle Andrew Thomas has been named to the Second Team All-Pro. Giants will play the Eagles in the Divisional Round.  Giants were beaten by the Philadelphia Eagles 48-22 in Week 14. 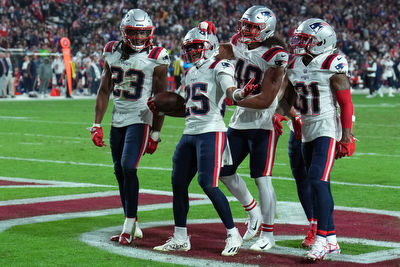 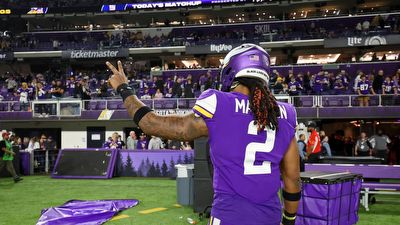 Alexander Mattison played seven offensive snaps against New York. He didn't record a rush and caught his lone target for two yards. Dalvin Cook played 88% of the snaps on offense. Mattisons rushed 74 times for 283 yards and five touchdowns in 17 regular-season games. He had 5+ carries in six games, with a season-high 10 for 54 yards at Chicago. The 24-year-old was a third-round pick out of Boise State in the 2019 NFL draft. His contract runs until 2023. Minnesota won 13 games this season. It's the third time in franchise history the team won more than 13. 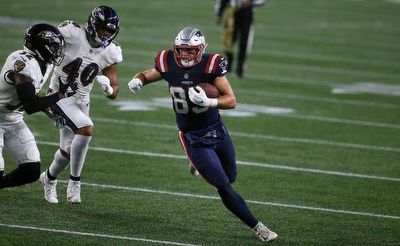 The Baltimore Ravens lost to Miami Dolphins 42-38 on Sunday. New England Patriots beat Pittsburgh Steelers 17-14 on the same day. The Patriots have six quarterback sacks and one interception. Lamar Jackson has passed for 531 yards and rushed for 119 yards in the loss. The Ravens have covered the number in each of their last four games following a loss ATS. Final Score Prediction: Baltimore Raven win and cover AATS 24-17. They play the New Patriots on September 25th. 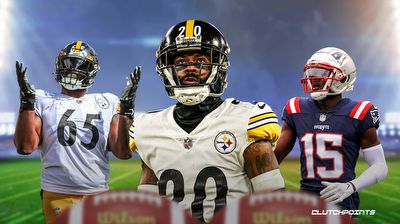 The Minnesota Vikings lost to the New York Giants in the Wild Card round of the NFL playoffs. The Vikings went 13-4 and earned the three seed in NFC, but some people considered them one of NFL's worst teams. They have many questions to answer in free agency. Let's take a look at three potential targets. 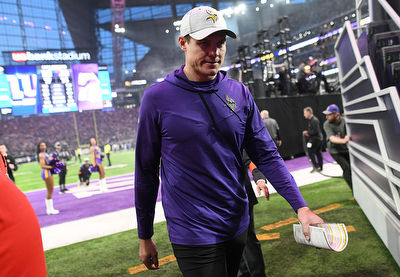 Minnesota Vikings lost to New York Giants in the first round of the NFL playoffs. The team won 13 games and won the NFC North division. General manager Kwesi Adofo-Mensah and his staff will have to make difficult decisions over the next two months. Eight players are scheduled for eight-figure salary cap hits in 2023. The weaknesses on the interior of offensive line and among the defensive backs need addressing. To create space, a valuable player or two will probably have be cut. Justin Jefferson, who led the league with 1,809 receiving yards, is not proud of losing. 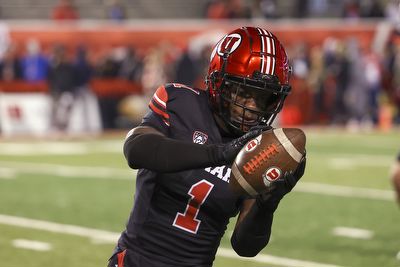 Minnesota Vikings lost to New York Giants in the NFL playoffs. The Vikings will have a new secondary in 2023 NFL Mock Draft Simulator. 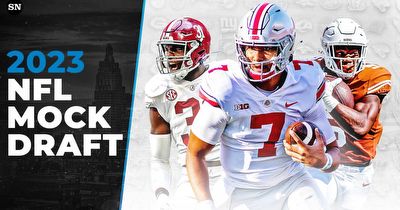 There are six teams eliminated from the NFL playoffs. The first-round mock draft is expanding from 24 teams to 24. Five of them are going to be eliminated on Monday night.