NFLbets knows that betting Thursday Night Football can be a mug’s game. Typically far too many more X-factors muddy the waters, incidence of injury (and thus randomness) increases and, let’s be honest here, often the matchup itself isn’t intensely interesting.

But NFLbets is temporarily changing our tune for this week’s TNF game, a proverbial clash of division rivals that could prove quite lucrative thanks to a certain quarterback who’s overly generous with the turnovers. We’re talking…

The line on this game opened at Rams -1½, moved to Seahwaks -2 by Tuesday night and had fallen back down to Seahawks -1½ on Thursday afternoon. No matter; we’re considering it a “pick ’em.”

In short, time is not on the Rams’ side here, as they’ve traveled from Florida on the south East Coast to Seattle on the north West Coast in time for a Thursday night meetup with the divisional rival Seahawks. And whereas the Seahawks got to take the foot off the pedal for much of a 27-10 win over the hapless Arizona Cardinals in Phoenix, the Los Angeles offense was on the field for 68 pass attempts alone in a 95-point scoreboard-spinner – there’s a reason NFL bettors hastily swung this line 3½ points in rapid fashion.

Certain trends could also flip on the Rams this week as well. For what is certainly the first time in years, perhaps even in the 21st century, Seattle has started the season 0-2 ATS at home – and even more oddly, the Los Angeles Rams are 2-0 ATS on the road. Now, four games is hardly a huge sample size … unless we’re talking about the famed homefield advantage of the Seahawks and the “12th Man” up there.

And finally, there is the elephant (or perhaps more appropriately, the mouse) in the room, namely Jared Goff and his incredible ability for turnovers at the costliest possible moments. How does a QB pass for 500+ yards and lead his team to 40 points and still look bad? When it’s part of a greater trend! To wit:

And after another week of consistently missed wide-open wide receivers, NFLbets believes that, if Goff’s teammates aren’t yet losing confidence in his competence, this game against a top-10 side in takeaways just might shake things up. We’re even willing to overlook the biggest mismatch on the field this week, namely Aaron Donald and a ridiculous Rams pass rush versus a weak-albeit-improving Seattle offensive line.

As good as nearly every single other aspect of the Rams’ game is, Goff is becoming an albatross. The truth is that the Rams haven’t enjoyed a quality regular-season win since the 105-point game against the Chiefs last season, and their last good win was due in no small part to a referee’s call egregious enough so as to call for rule changes.

Sure, maybe the Rams defense can carry this team again, but after seeing 71 offensive snaps themselves four days ago in Tampa, how sharp can they be? The more one considers the circumstances aligning against L.A., the longer the odds feel on a Rams win. Take the Seattle Seahawks money line (ML) at -125, and figure that we’ll be getting a “classic” low-scoring TNF game, too: Take the under on an O/U of 49. 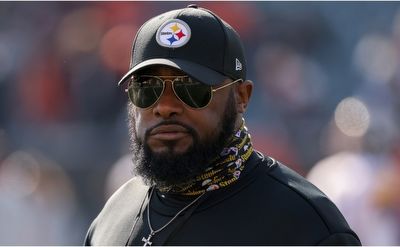 Pittsburgh Steelers vs Seattle Seahawks: Predictions, odds, and how to watch the 2022 NFL Preseason in the US

Pittsburgh Steelers and Seattle Seahawks meet in a game of the 2022 NFL Preseason on August 13, 2022 at 4:00 PM (ET) The game will be held at Acrisure Stadium. Pittsburgh Steelers are about to play their first Pre Season and Regular Season without their father, Ben Roethlisberger since he retired last season. Seattle have to deal with a new quarterback and offensive and defensive issues. 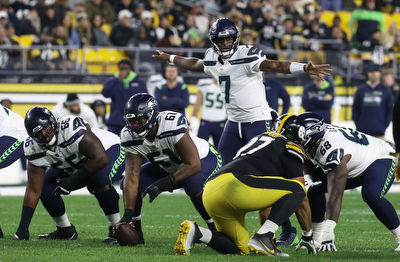 The Seahawks and Steelers are playing a preseason game in Pittsburgh on Saturday. The game is a quarterback competition between Drew Lock and Geno Smith and Kenny Pickett. Rookie Tariq Woolen and Coby Bryant could play a lot of time at cornerback. Seattle Seahawks wide receiver DK Metcalf loves Call of Duty. He revealed that he cannot live without the game. It is worth billions. It was previously revealed about Kyler Murray's love for Call Of Duty and now DK is the latest player to join the list. Pittsburgh Steelers will play Seattle Seahawks in their 2022 preseason opener on Saturday night at Acrisure Stadium. There will be a lot of eyes on the Steelers 2022 draft picks and other rookies that will take part in the game.

The Seattle Seahawks begin preseason action with Drew Lock as their starting quarterback. Pro Football Focus' Sam Monson predicts that the team will look for a new quarterback late in the season. If the 49ers can't sign Jimmy Garoppolo, they may have to release him. The team's defense is expected to be among the bottom-five teams. Bo Melton is predicted to emerge as the WR3. 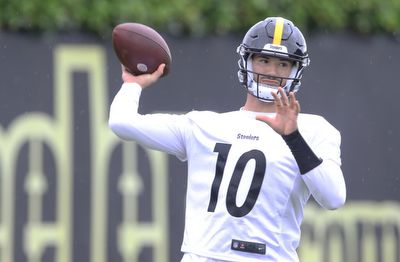 Seahawks and Steelers meet in the NFL preseason opener on August 13th. Seattle is without Russell Wilson for the first time since 2012. Pittsburgh is also without Ben Roethlisberger after 18 seasons. DeMeco Ryans believes Javon Kinlaw can be a dominant player on the defensive line for the 49ers. Ryan believes KinLaw is getting better at his technique and developing physically. The 49er DC is looking forward to Kin Law having a big year for his team. 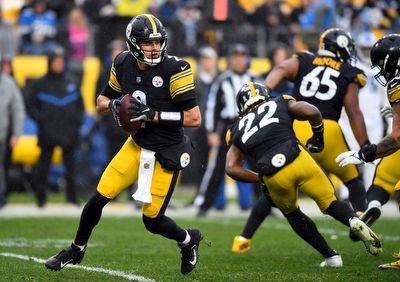 Seahawks and Steelers open their preseason campaigns on Saturday. Seattle Seahawks are preparing for a new era at quarterback with Russell Wilson. Pittsburgh Steelers are looking for their next starting quarterback following Ben Roethlisberger's retirement. 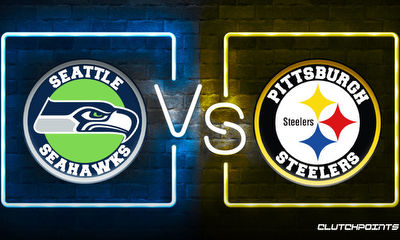 Seattle is rebuilding after the departure of Russell Wilson. Pittsburgh is also rebuilding without Ben Roethlisberger. Pittsburgh and Seattle will have to answer on the fly how to replace a future Hall of Fame quarterback.