Best bets – or at least compelling longshots – for NFL week 13

Probably Thanksgiving, which this year featured another quality episode of the Jason Garrett reality sitcom plus the Benny Hill-esque sequence of three consecutive successful onside kicks by the Atlanta Falcons that’s got NFLbets tempted into covering some longshots in week 13’s three marquee games. So let’s get the insanity started with…

Patriots backers have reasonable cause for optimism here: In Bill Belichick’s time as New England head coach, the Patriots are 8-1 SU (6-3 ATS) against Texans teams of all stripes. In this era, the Pats are also 3-1 SU (2-2 ATS) at Houston, with the last meeting a 27-20 win over DeShaun Watson’s guys in week 1 of 2018.

But you know how NFLbets generally feels about history stretching back too far, i.e. such stats are fun to play with but mostly belong in halls of fame or museums. So we’ll learn back on our old favorite, regression to the mean.

The truth is that, going into the weekend, the Patriots are a nice 7-4 ATS, bettered only by the Buffalo Bills (8-4 ATS after the win at Dallas), New Orleans Saints (8-4 ATS after the win at Atlanta) and Arizona Cardinals (7-3-1 ATS). The Texans are a pedestrian 5-6 ATS, including a poor 1-4 ATS mark at home. These numbers all suggest to NFLbets that the pendulum is swinging away from New England and into the favor of Houston.

Now let’s talk that historically statistically incredible Patriots defense. Sure, numbers like “four passing TDs allowed in 11 games” are freakin’ bloody impressive, but just look at the schedule: The Pats have face one team – one! – currently at better than .500, and the was the playoff-bound Baltimore Ravens in week 9. In fact, the week 9 game represented the only week in which the Pats faced a top-10 offense and have enjoyed seven meetings with a bottom-12 offense. (OK, statistically the Cowboys are still a top-10 offense, but that 12-9 game in Foxborough may have represented the beginning of the statistical end for a side that might not even win the NFC East after all…)

Combine these numbers with the extremely poor performances the New England OL line has been turning in (they resemble the traditional Texans line more than anything) and the loooooooooooong list of injuries that Belichick is looking at, and we’ll back the healthier, more-driven Texans this week. Take the Houston Texans +3½ vs New England.

This one is relatively simple. Firstly, NFLbets strongly believes that these Seahawks could well be playing in this season’s NFC Championship Game – even if it requires beating the San Francisco 49ers three times in a single season. Russell Wilson may actually be more valuable to his team than is Lamar Jackson to the Ravens, though his stat line isn’t nearly as gaudy.

Exactly why the Carroll-Wilson combo isn’t hyped on the level of Belichick-Brady or at least Payton-Brees is beyond us – these Seahawks have pulled one W after another out their proverbial butts this season with half the talent (of the Saints, at least). Seattle has eight wins of 8 points or fewer, four wins of 3 points or fewer, and two OT victories.

Most compelling of all, though, is the incredible fact that the NFL’s second-biggest home field advantage of the last 10 years has led Seattle to an 0-4 ATS mark at home thus far in 2019. This anomaly simply makes no sense and should be eradicated this week. Take the Seattle Seahawks -3 vs Minnesota.

We won’t be offended if you don’t side with us on this one: Our sub-.500 mark in these “Best Bets” speaks for itself – but just hear us out.

Unlike, likesay, the Bills and Patriots, the Ravens haven’t necessarily benefitted from an easy schedule. In the past five games, the Ravens have averaged a 24-point win in the past five games at Seattle, vs New England, at Cincinnati, vs Houston and at the L.A. Rams. (Interestingly, this 5-game ATS win streak chased a 5-game ATS losing streak run up in weeks 2-6.) Such wins are likely what’s keeping the line so high against a 10-1 SU club.

On the field, Lamar Jackson has captured the collective imagination of sports media and fandom alike was his electrifying, mutant statistic-generating play – stuff like how Jackson and the Ravens are 31st in pass attempts but *number 1* in passing TDs. Like how four times in 2019 has Jackson run for more yards than the opposition’s “skill players” combined, highlighted by a 152-33 outrunning of Cincinnati in week 6.

Baltimore’s defense meanwhile is a tad overlooked by the hypesters, particularly in this game. This is a top-10 unit in most areas, though the rushing defense stats (tops in attempts against, no. 3 in yardage allowed) can be deceiving because opposing teams so often are forced to go to the pass early in blowouts.

The truth is that the Ravens D has yet to face anything like the trio of Tevin Coleman, Matt Breda and Raheem Mostert. These three have created an old-fashioned rushing attack in 21st-century by-committee fashion, giving the 49ers the NFL’s no. 1 rushing offense – not to mention the no. 2 offense in scoring. And as is well-known, San Francisco is no. 2 in overall defense and defensive DVOA, but what’s going undiscussed is the reality that Jackson et al have faced one defense of note in 2019: the Patriots, whose own numbers are slightly suspect for reasons detailed in the Patriots-Texans writeup above.

The point of all this analysis and/or rambling is that the game appears a lot tighter than the public consciousness and this point spread would have us believe – and should finish with less than a touchdown difference. NFLbets loves the 10-1 “underdog” San Francisco 49ers here…

Get an exclusive match bonus through NFLbets when you sign up at MyBookie.com; enter promo code NFLBETS when depositing to get up to $1,000 in free bets!

Or get a 100% Sign-up Deposit Bonus for up to $300 in free betting money at XBET.ag – Use our exclusive promo code XBBETS when you sign up. 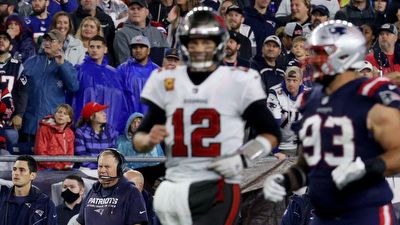 Odds released on Tom Brady’s chances of returning to Patriots

Tom Brady hasn't confirmed if he's returning to football or retiring. If he does, he could leave the Tampa Bay Buccaneers and play for another team in 2023. 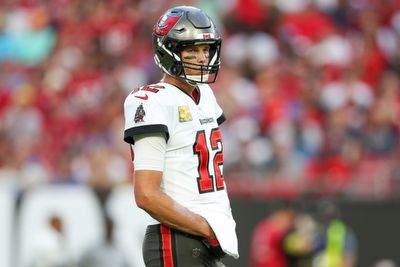 Richard Sherman predicts Tom Brady will play for the Las Vegas Raiders next season. Josh McDaniels is interested in signing Brady. McD Daniels spent 18 seasons on Bill Belichick's New England staff starting in 2000. Sherman believes the Raiders have a lot of good players to offer Brady, including Davante Adams, Hunter Renfrow, Josh Jacobs and Josh. The Raiders finished the season with a 6-11 record. 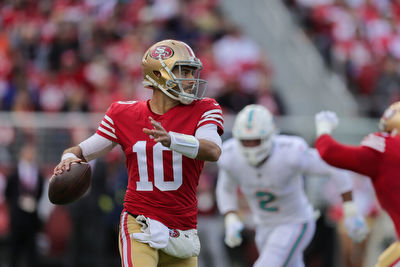 Jimmy Garoppolo In-Season Return Remains In Play; 49ers Would Slot Him As QB2

Jimmy Garoppolo is still aiming to return from a foot injury. If he does, he will not get the starting job, as the team plans to stick with Brock Purdy. Purdles has led the 49ers to seven straight wins and has thrown 16 touchdown passes compared to four interceptions since taking over. The team has won 11 straight games. The Athletic’s Tim Kawakami writes that Pudo should start the 2023 training camp as a starter. It is the longest win streak for the San Francisco 49er since they won 18 in a row between the 1989-90 season. 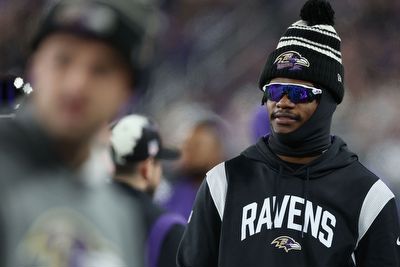 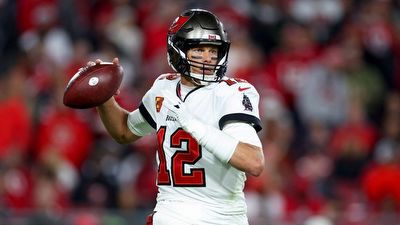 Is There Enough Juice in Brady for One More Season?

The New England Patriots lost 31-14 to the Dallas Cowboys on Monday night. Tom Brady's 23rd season in the NFL has come to an end. Brady will go home and get some sleep. 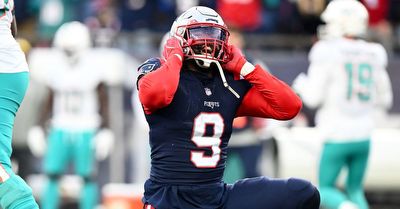 2 Patriots named among most valuable players in the NFL

ESPN released a modified version of an All-Pro team on Tuesday. Matthew Judon and Kyle Dugger are listed as the most valuable players in the NFL. 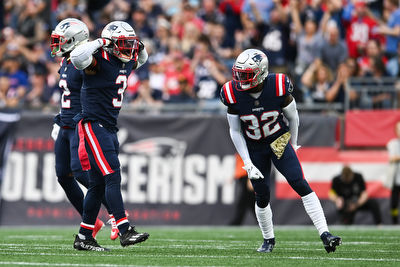 Free agents the Patriots need to re-sign for 2023 season

The Patriots have a lot of players hitting free agency this offseason. Bill Belichick and co. should make sure they keep them in New England.