When is it too early to bet week 1 NFL games? Always. 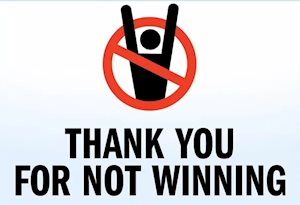 Oh, that wacky John Breech at CBSsports.com! On July 30th – July 30th, wow! – Breech ran a column uniquely entitled “Way-too-early NFL Week 1 picks and best bets.” After admitting early in the piece that he has “no idea who's going to be on the field due to all the opt-outs,” Breech in fake-humble fashion puts forth three picks: Kansas City Chiefs -10 vs Houston Texans, Detroit Lions -1½ vs Chicago Bears, and Pittsburgh Steelers -3½ at New York Giants.

Now NFLbets could pick apart at least two of these predictions (Breech seems to be picking the Lions sheerly out of contrarianism) or we could rip apart the banal writing style (Seriously, can someone teach this guy that turns of phrase such as “Wait, I take that back” and “Let’s be honest” come across purely as padding the word count?), but instead there’s an important principle to be reiterated here.

That principle is NFLbets’ no. 1 rule: Do not bet in week 1 of the NFL.

Look, we know how difficult this is in any season, much less in the utterly bizarre 2020. NFL bettors wait almost seven (or this year, maybe more) months after the betting Xmas that is the Super Bowl to place another wager – and that bankroll can burn a hole in y our pocket. But we’re telling you: It’s futile.

Have you ever noticed how, whenever someone makes a prediction for the season which is instantly nullified after opening week, he/she instantly retracts those predictions and admits the mistake? Yeah, me neither – because *this never happens*. Instead every yob who pays marginal attention to the NFL makes predictions, even picking a Super Bowl winner, and then forgets about them instantly when season kickoff comes.

And this is how it should be. As a bettor, just imagine the insanity of predicting the upcoming season and then sticking with those predictions regardless of actual on-field results. Insane, right? Successful NFL betting requires adaptation week to week.

Along the same lines, would you place a bet on an NFL game without a majority of the information on the teams. With the exception of the serious NFL insiders, every bettor has extremely little information about any team in week 1. Think this is an exaggeration? Consider these results from the 2019 NFL seaso and which, if any, are surprising.

Given what we know, these results seem pretty mundane – but this half-dozen week 1 games resulted in an 0-6 record ATS for the favorites. Combined with three games in which the losing team nevertheless covered the spread – Philadelphia Eagles 32, Washington 27; Seattle Seahawks 21, Cincinnati Bengals 20; and New Orleans Saints 30, Houston Texans 28 – and favorites were a money-burning 6-9-1 ATS to kick off the season badly for those depending on outdated information.

Sure, NFLbets will probably end up splurging on a couple of bets to lose horribly in week 1 – last season, we were dead confident about the Bears’ chances at home against the Packers – especially given how hard we’ll be jonesing by opening day. For sanity’s sake, though, keep those wagers to a minimum. Wait, I forget, you’ll want to ignore the predictions of those admitting they’re underqualified…