After a one-week absence, Thursday Night Football is back – albeit with another mediocre-looking divisional matchup of low-watt offenses. Though the game itself may not be particularly scintillating, the line sure is. So let’s look into betting on…

Right. NFLbets is advising that bettors take the New York Giants +5 at Philadelphia. Now admittedly, some fraction of the impetus behind this bet is Costanza Logic, i.e. always do the opposite; if every betting instinct you have is wrong, than the opposite would be right. NFLbets’ instinct on following the math has resulted in two oh-fers in the past three weeks, thus opposite time temporarily.

Here’s the other minus for the Giants: Offensive coordinator Jason Gerrett. As Dallas Cowboys head coach, Garrett was an incredibly lucrative 6-16 SU/4-18 ATS in all games in which his team had less than seven days to prepare. To his “credit”, Garrett wasn’t even calling plays for the last few years of his tenure for either of his coordinators but this nearly unbelievable career mark must reflect on Garrett somehow. Giants bettors will have to hope that Joe Judge knows what he’s doing on just his second short week as head coach – hey, he’s 1-0 ATS in the stat so far, right…?

Nevertheless, the truth is that these New York Giants are all about the defense. In three games of six has the opposition scored over 19 against the G-men in 2020 and at Dallas in week 5, one Daniel Jones fumble was returned for a TD while another set the Cowboys up on the 17. Statistically, the NY D is average in most areas except getting past the offensive line: The Giants are top-10 in tackles for loss and QB sacks – good enough to go with an injury-riddled OL which has somehow allowed more sacks than even the Cincinnati Bengals.

Speaking (writing?) of injuries, the Eagles’ subtraction is the Giants’ addition. With RB Miles Sanders and TE Zach Ertz out, the Eagles offense loses nearly 33% of its total yardage thus far.

Finally, there’s Doug Pedersen’s career mark. NFLbets typically doesn’t like using statistics such as “record against the division” – There’s just too much movement of players, coaches and coordinators to render such statistics meaningless. However, the NFC East is worthy of exception because this division has been a hallmark of disastrous incompetence since Eli Manning was considered a viable quarterback. The situation has been akin to that of the AFC East since 2003, but without the Patriots.

These numbers say that Pedersen’s Eagles are a respectable (I guess) 18-11 SU against the NFC East since 2016 – but just 13-16 ATS against teams which know the Eagles best, including a 3-5 SU/ATS record against Garrett’s Cowboys.

All in all, this game feels like confirmation that the 2020 Philadelphia Eagles simply aren’t playoff contenders; the Giants ML of +200 looks really good right about now…

The Baltimore Ravens are in a transitional phase as a franchise. This offseason they parted ways with some players, but added some difference-makers. Let's take a look at six players they were right to move on from. 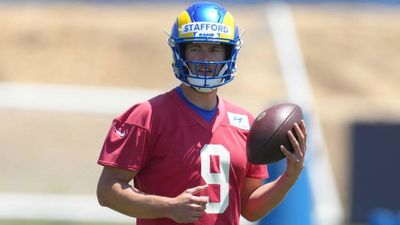 Matthew Stafford didn't throw a pass during Monday's Rams' first day of OTAs. Head coach Sean McVay said it's unlikely he'll throw during the next two weeks of training camp. Stafford had an anti-inflammatory shot in his right elbow for an issue he had during 2021 season. He enjoyed a successful first season in Los Angeles. Tyler Higbee is coming back from knee surgery. The Rams have high hopes for Allen Robinson. They also have hopes on Darrell Henderson, Van Jefferson, Jordan Fuller, Leonard Floyd and Cam Akers. The team won the NFC West division title last season and went to Super Bowl LVI.

Tyler Kroft and Ryan Griffin were the Jets' top tight ends last season. Krofts signed with the San Francisco 49ers on Monday. Griffin was released prior to the 2022 NFL Draft. The Jets added C.J. Uzomah and Tyler Conklin in free agency and Jeremy Ruckert in the draft. Keelan Cole played 28 games last year with Jets. He will play for the Las Vegas Raiders. The team added Ohio State's Garrett Wilson in first round of the 2018 NFL draft and re-signed Braxton Berrios in this offseason. 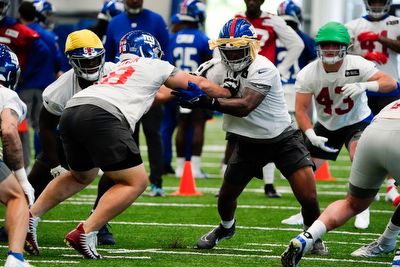 Peter King has released his first edition of NFL power rankings. The New York Giants are ranked 24th, two spots ahead of the Commanders in the NFC East. 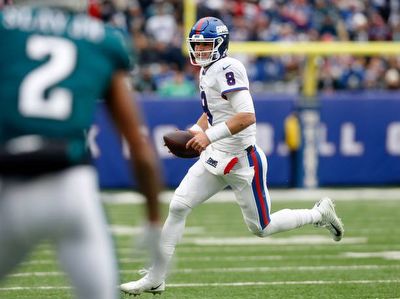 The NFL's 2022 schedule has been released. The New York Giants have the easiest games on their schedule.

The Cleveland Browns completed their 2022 NFL Draft and are heading towards training camp. Some fans were disappointed with the outcome of the draft, but the team didn't need to draft for need, rather they drafted the best players available for depth. Andrew Berry needs to bring in more players to compete for roster spots and bulk up the roster’s depth as the Browns begin to look to the upcoming season. 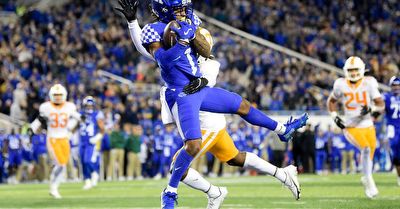 Playbook: How the New York Giants can utilize Wan’Dale Robinson

May is football writer's favorite month. The draft has been concluded and players have been selected. It is time to think about how they will fit into their new teams. Last year, I wrote about the New York Giants' new wide receiver Kadarius Toney and how he could be used in the offense. This time, it is the same topic with a twist. 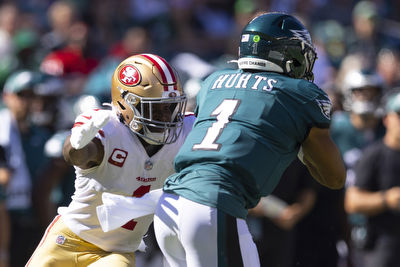 These 4 NFC teams are better than the 49ers right now

The San Francisco 49ers are not the best team in the NFC right now. They are also not even the top team within the West. The four NFC teams ranked higher than them are better than the 49er. The 49erns came within minutes of making it to the Super Bowl last year. Los Angeles Rams won the game. San Fran lost some players during the offseason, but none of them was irreplaceable. 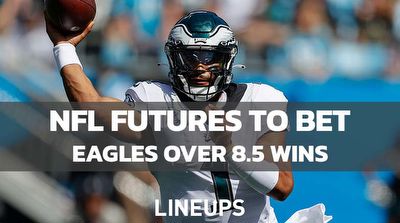 It's never too early to start looking into NFL futures for the upcoming season. This article will focus on two futures markets that I have my eye on.