What is the Kelly Criterion and does it work for NFL betting?

The losses will come: NFLbets isn’t sure if this is officially a Rule Of Successful Gambling, but it certainly ought to be codified. So if you take your NFL betting seriously – and why wouldn’t you? That’s your money out there! – you look for every possible method of maximizing the wins in between the jags. To this end, NFLbets today considers the merits of the Kelly Criterion.

This mathematical formula was created by scientist John Larry (a.k.a. J.L.) Kelly Jr. in 1956 as a way to determine the correct amount of risk for long-term profit in a game of chance. Some four decades before the Kelly Criterion would be discussed anywhere beyond the mathematical intelligentsia, but today the formulae Kelly’s inspiration have spawned are used in financial speculation and, naturally, sports betting.

In its simplest possible form, the Kelly Criterion states that, on an even money bet, the percentage of the bankroll to bet is:

So if the chance of winning on a single bet is 80%, the bettor should wager 60% of one’s bankroll. Note that if the formula is absolutely strictly applied, one would literally never make an even money bet, because the equation results in a zero when 50% as the win probability. (NFLbets knows not to bet the Super Bowl coin toss prop already, but mathematical proof backing the assertion is nice.)

Applying the Kelly Criterion to odds other than 1/1 requires a slightly more complex formula:

Both the usefulness and the limitations of the Kelly Criterion should be immediately apparent. Clearly are the formulae key to maximizing wins over the long term and if followed pragmatically can allow the bettor to cash in on upsets well more often than the average. The problem? These formulae offer nothing in terms of actual insight; the Criterion cannot determine which lines belie the hidden gem of an 80% chance to win.

However, as in the business world, the Kelly Criterion has been shown mathematically sound for betting. In a 2012 paper entitled Statistical Methodology for Profitable Sports Gambling, Fabián Enrique Moya considered various gambling strategies, with the Kelly System included as an “optimal” method of wagering – though ultimately Moya concludes that “some combination of Kelly and common sense is optimal.”

Moya’s work showed that mathematically, the Kelly Criterion is superior to other wagering systems because it virtually guarantees profit in the long term and also maximizes returns – as long as you’re winning. Like any other mathematics-derived betting formula, a few quick losses out of the gate, e.g. in the usually decidedly random-seeming NFL week 1 results, and that bankroll is busted early.

But a Kelly system can also cushion all except for the longest of losing streaks by curbing huge bets. Moya notes that “Staking plans that gamble less than the optimal fraction [as determined by Kelly Criterion] will also cause the bankroll to increase infinitely, albeit more slowly. However, gambling more than the optimal Kelly fraction will eventually led to bankruptcy.”

Moya points out that the prudent bettor can therefore adapt Kelly’s formulae, scaling back so as to not necessarily wager the entire bankroll every Sunday; he advances the increasingly popular half-Kelly method – the name speaks for itself – and NFLbets would like to put forth another spin, the Proportionate Kelly method.

The Proportionate Kelly method allows the bettor to cover as many bets as he/she would like at a time while also maximizing potential profits. Here’s how it works: add up all the optimal Kelly fractions and repropotion based on this new total rather than on 100.

In the end, you’ll still have to make the predictions yourself. But particularly in bets such as Super Bowl player props, the Kelly Criterion is quite the useful tool in shedding light on rare opportunities of disproportionate risk/reward while limiting the risk – and, of course, in maximizing wins. Jaguars 27-Point Comeback Costs Sports Bettor $1.4 Million: Here's How And Why No 'Sure Thing' Bet Is Safe

"A sure thing" is a sports match that has a winner declared by the public before the game starts. On Sunday, a bettor found out that even with a team up by a lot of points in an NFL playoff game, there might never be a "sure thing". The Jacksonville Jaguars came back from a 27-0 deficit to win the game in the final seconds. One bettor bet $1.4 million on the Chargers when they were up 27 to 0 in first half. The Los Angeles Chargers blew a 27-0 lead versus the Jacksonville Jaguars on Saturday night. One bettor at DraftKings Sportsbook placed a $1.4 million bet on Los Angles. The bet turned out to be a nightmare for him as the Jaguars came back to win. Tampa Bay Buccaneers quarterback Tom Brady is 7-3 as a home underdog in the playoffs. He is tied with Eli Manning for the most playoff upset wins by a quarterback in Super Bowl Era. If the Buccaneers win on Monday, he will have sole possession of the number of playoff wins as an underdog since 1966. The Jacksonville Jaguars snatched victory from the jaws of defeat against the Los Angeles Chargers over the weekend. A gambler bet $1.4m on Justin Herbert and company to win when their team was 27-0 up at the end of the first half. 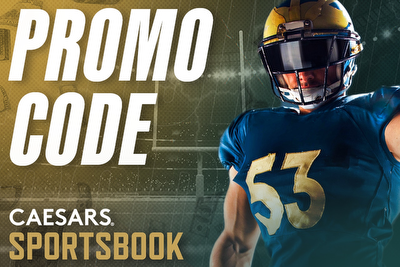 Use Caesars Sportsbook bonus code FULLNYUP to get $1,250 back on your first bet from Caeresars.com. New customers will also receive specific credits towards their rewards system. The Bucs vs. Cowboys game is tonight. Pickswise provides exclusive sports betting content to Newyorkupstate. com. They have broken down the Bucs and Cowboys match to give you inspiration on how to use the first wager. The Los Angeles Chargers blew a 27-0 lead against the Jacksonville Jaguars and lost 31-30. A bettor bet $1.4 million on the Chargers money line at -12500 odds and got $11,000. The Jaguars live money lines were up to +2800 at Caesars Sportsbook. Jaguars were two-point home underdogs prior to kickoff at the Caeres Sports Book. Bettor Loses $1.4 Million As Jaguars Rally Past Chargers, per Report

The Chargers led the Jaguars 27-0 in the second quarter of the wild-card game. The Chargers won the game 31-30 on a last-second field goal. A bettor lost $1.4 million on the in-game money line. The Jaguars are waiting for Sunday's results to find out who they will play next week. A bettor lost $1.4 million betting on the Chargers midgame

The Los Angeles Chargers were leading 27-0 in the second quarter. A bettor bet $1.4 million on the Chargers to win and he lost $11,200. The Jacksonville Jaguars came back from a 27 point deficit to beat the Los Angles Chargers 31-3.