Now this is a good way to start week 3’s NFL betting: With a battle of overpowering defenses against underwhelming offenses – after all, NFLbets loves the prospect of betting the under on a challenging line like

The history of Mike Tomlin-coached Pittsburgh teams against Cleveland is long – these Steelers teams are a thoroughly dominating 24-5-1 SU and 16-13-1 ATS since 2007 – much of the data for this run long-term makes little sense, though, due in no small part to the imbalanced nature of this “rivalry” for some time.

In Tomlin’s first 24 meetings with the Browns – i.e. every single Browns-Steelers game between 2007 and ’18 – the Steelers were favorites in 23. Only since 2019 have the oddsmakers put Cleveland on equal footing in the rivalry. In the past seven Browns-Steelers games, Cleveland has been favored in three, though Tomlin’s team is 5-2 ATS, as in the under.

Plus, the Steelers are in uncharted territory here, a.k.a. the Trubisky Era, for which one compelling trend portends doom this week and in the immediate future. In all games, Mitchell Trubisky as a starting QB is 29-22 SU; crazy stuff, to be sure, but look at his ATS record: 25-25-1. What’s more, Trubisky is 10-16 ATS (despite a 15-11 SU mark) as a starter since 2019. If think you’re seeing a well-below average quarterback when you’re watching him, the stats bear you out.

With Tru just now leveling out ATS for his career, NFLbets will be thinking about betting against Pittsburgh until we see Kenny Pickett out there. Particularly adding in a mediocre offensive line that blocked so well for Najee Harris, he’s averaging 2.9 yards per carry and weakening fantasy teams across the nation. Altogether, he and no.2 HB Jaylee Warren have combined for an average of just a sliver under 3.0 thus far – and on short rest will be positively struggling to even match that average against what looks like a top-5 or -6 defense. (Well, most of the time…)

And the defense is the crux of the matter. While Browns -4 seems solid, the very low over/under line of 38 points is pretty low, projecting out to about a 21-17 game. Counterintuitively, however, nearly half of all games played thus far in 2022 – 15 out of 32 – half have gone for a combined score of 38 points or fewer. Unders are, not too unsurprisingly, 15-0 in these games but the lowest over/under among them at kickoff where a couple of games set at 40½.

In fact, for the 2022 season’s first three weeks, only one other game so far has been given an over/under as low as 38: San Francisco 49ers at Chicago Bears in opening week. (And you knew that one was going under…)

So why not bet the under? You can’t put your money on the Trubisky-led Steelers, and the prospects for the low-watt Browns offense against even a Watt-less Steelers defense don’t seem particularly favorable. Finally, with a little circular logic, we can say that if you like the under, you like the Browns even more: Home teams are a nice 11-4 SU/10-5 ATS in the aforementioned 15 low-scoring games. Take the Cleveland Browns -4 vs Pittsburgh and take the under on an O/U of 38 points. 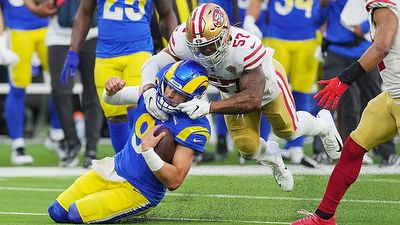 Matthew Stafford is new to the Los Angeles Rams. He was traded from the Detroit Lions last year. The Rams are preparing for a Monday night game against the San Francisco 49ers. Rams fans have already taken over the SoFi Stadium twice last season. San Fran won the previous six games between the two teams.  The Rams narrowly lost the playoff game last time. They are looking forward to this Monday's game. It will be the first time Matthew Stafford has played against them. His team won't be able to do that this time around. 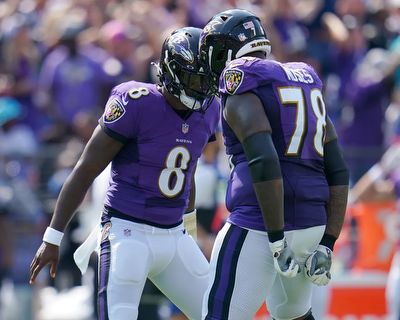 Bills vs. Ravens Week 4 picks and odds: Take Baltimore with the points at home

The Bills and Ravens meet on Sunday in a potential AFC playoff game. 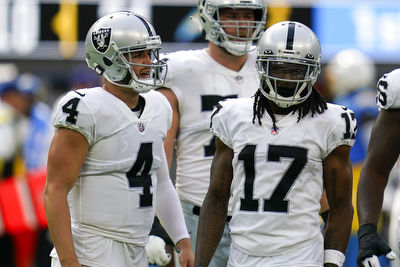 Denver Broncos and Las Vegas Raiders are playing in the AFC West this Sunday. The Broncos are 2-1 and the Raiders 0-3. 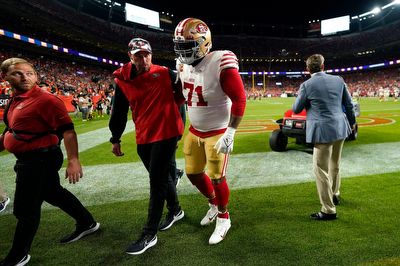 Trent Williams probably won't play for the 49ers against the Rams because of a high ankle sprain. The injury is a result of the disastrous play that cost the team a safety and essentially the game in Denver. The 49er's next game is against Los Angeles Rams on Monday night.

Today's sports betting picks: Why the Falcons will score at least 20 points, plus more NFL best bets for Sunday, Sept. 25

Allan Bell, R.J. White and Larry Hartstein discuss their best bets for the NFL for Sunday, Sept. 25. They like Tua Tagovailoa, Denver, Carolina and Seattle. They also like over 19.5 points for Atlanta in the Falcons-Seahawks game. The experts also discuss over 2. 5 passing touchdowns for Minnesota's Kirk Cousins in Vikings-Lions game (1 p.m. ET).   The early edge podcast is available on iTunes and on the Google Play store. It's also available in Spanish. For more information, visit TheEarly Edge podcast. 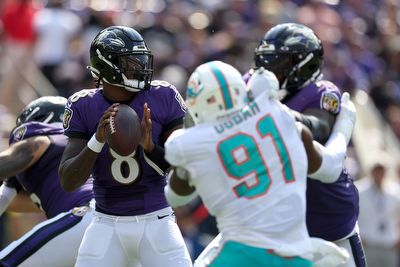 Patriots-Ravens rivalry may be a bit lopsided, but it is indeed a rivalry

Patriots-Ravens rivalry is a bit lopsided, but it is indeed a rivalry. The Patriots have won 9 of 11 regular-season meetings with Baltimore. They beat the Ravens in the 2012 AFC Championship game. Ravens have split four playoff matchups with the Patriots. Patriots are playing their home opener against the Dolphins. Lamar Jackson is the quarterback for the team. He has thrown for 531 yards and six touchdowns with just one interception through two games. The Dolphins lost to the New England Patriots 42-38 last week. 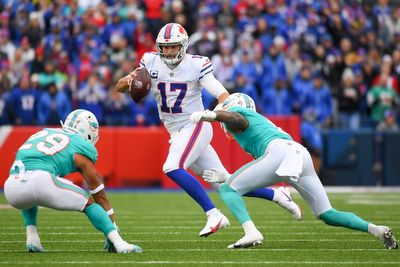 Buffalo Bills and Miami Dolphins have played twice a year since 1966. Dolphins lead the all-time series 61-54-1. The rivalry has been dormant for the last 20 years, but both teams have found their franchise quarterbacks. Tyreek Hill's arrival has reinvigorated the rivalry. The teams meet in Week 3. 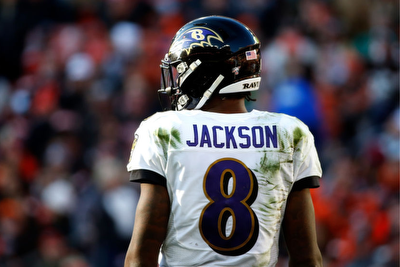