Last-minute bets for week 9: Looking for Lions, Dolphins to surprise

At NFLbets, we’ve always thought that playing “pick ‘em pools” or participating in any contest which requires one to pick every game on the NFL slate every week is folly. However, maybe you’ve been suckered into an office pool or you’re looking for a third, fourth, fifth or sixth team to go along with NFLbets’ Picks of the Week or Best Bets for week 9 – so check out these not-necessarily-recommendations when considering how to fill that ticket.

Tennessee Titans +3½ at Carolina Panthers
The 49ers made second-year signal-caller Kyle Allen look awful last weekend, but Tennessee isn’t nearly as good as ’Frisco, which is why i like the Panthers to take care of business in this one as Christian McCaffrey stars. Take the Carolina Panthers -3½ vs Tennessee.

New York Jets -5½ at Miami Dolphins
Miami might be winless, but i’m feeling like karma is going to rear its ugly head when former ’Fins head coach Adam Gase and the lowly Jets hit South Beach this weekend. When it comes to Week 9 NFL odds, take the Miami Dolphins +5½ vs the New York Jets, and, for a fun extra wager cuz NFLbets’s been winning lately, take the Dolphins ML at +150 or so.

Washington +9½ at Buffalo Bills
. Look: The Bills may lose to every decent opponent they face this season, but they’re hardly incompetent. Washington is certainly near such. Take the Buffalo Bills -9½ vs Washington.

Detroit Lions +2 at (Las Vegas/)Oakland Raiders
When it comes to the NFL lines for this Week 9 inter-conference clash, i say take the over on an O/U of 50½ points, seeing as how the Lions and Raiders combine to allow 52.3 points per game defensively. As for the outcome of the game, we’re saying take the Detroit Lions +2 at Oakland and thus also take the Lions on the ML at +105.

Cleveland Browns -2½ at Denver Broncos
It might just be wishful thinking, but here’s to hoping Von Miller and the rest of Denver’s stout defense pounds Baker Mayfield into the dirt – like, repeatedly. Take the Denver Broncos +2½ vs Cleveland.

New England Patriots -3½ at Baltimore Ravens
You heard it here first, NFL gambling faithful: Lamar Jackson leads the Ravens to a confidence-boosting win at home against Tom Brady and the unbeaten defending Super Bowl champions. Take the Baltimore Ravens +3½ vs New England, and take the Ravens ML at +140.

Dallas Cowboys -7 at New York Giants
The Cowboys would appear to have gotten their act together, but I don’t trust Jason Garrett. After losing to the Jets a couple of weeks ago, I’m thinking Saquon Barkley and Daniel Jones lead the G-Men to an ATS cover at the very least – but hey, let’s get ballsy: Take the New York Giants +7 vs Dallas and also play the Dallas Cowboys ML at -350. Since no sportsbook – online, in Las Vegas or elsewhere – will offer a parlay with that particular combination (too bad, because such a bet would pay out at +150 or so), play them both separately, and parlay the Cowboys with, likesay, the Colts, Packers and Seahawks…

Get an exclusive match bonus when you sign up and wager at MyBookie.com; enter promo code NFLBETS when making a deposit and receive up to $1,000 in free betting money.!

Alternatively, cash in on an exclusive 100% Sign-up Deposit Bonus for up to $300 in free bets at XBET.ag – Use promo code XBBETS when you sign up. 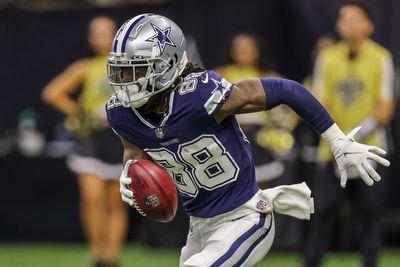 Dallas Cowboys and New York Giants meet in an NFL NFC East rivalry on Sunday afternoon at MetLife Stadium in East Rutherford. Dallas is 9-4 this year, New Yorkers are 4-9 and coming off a 37-21 loss to the Chargers. The Cowboys beat Washington last weekend, while the Giants lost to Chiefs, Buccaneers, Dolphins and Chargers since then. Dallas has been scoring 27 or more points in each of their last three games. Giants are 6-1 ATS in the last seven games versus the NFC and 5-2 ATC in their recent seven-game run in December.