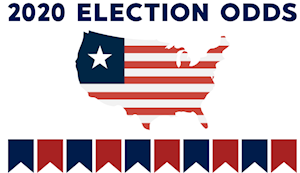 So let’s get this straight: Capitalism is failing, and its US-based gatekeepers are grabbing everything within pocket’s reach before money disappears. American law enforcement officers are decades past the grievances filed lyrically in “Fuck The Police” and are now unashamed to kill the defenseless regardless of effect on real people. And by the way, getting breathed on in essentially any country in the whole but New Zealand could kill you.

Meanwhile, the figurehead for this clusterfuckery of all clusterfucks, one Donald J. Trump, is, according to the online sportsbooks, fixing to be reelected president of these here Untied States come national election. Just consider this: If Trumpy can indeed pull off reelection, he’ll have politically survived:

•  a pandemic, the likes of which killed the chances of sitting president Woodrow Wilson for *re-nomination by his Democratic Party* in the 2020 election;

•  sustained protest, which got Lyndon Johnson to fold before seriously campaigning in 1968;

•  obvious corruption extending to voter fraud, which got both Benjamin Harrison and Gerald Fold into the presidency and crippled their chances for another term in 1896 and 1976; and

•  a cataclysmic economic collapse, much smaller versions of which have killed the incumbent party’s chances for another term in every relevant instances since the Civil War.

And, again, the oddsmakers continue to offer shorter odds on Trump than his opponent, Joe Biden – the real reason these odds are even being discussed.

In mid-April, Odds Shark reported that “Although endorsements [from Barack Obama, Bernie Sanders and Elizabeth Warren the previous week] failed to significantly close the odds gap between Biden and the president, Biden’s odds to win the 2020 election improved from +140 to +125 week over week. Trump’s odds to win were 1/1 on March 16 but improved for the fourth consecutive week and are back up to -125.”

That wibble-wobbling of Trump’s odds in this proposition has been standard for over 12 months now – and if you’ve ever doubted that “investing” in the stock market is essentially identical to proposition betting, just watch the fluctuating Trump reelection odds as a future.

Today, Trump stock is trending longer. His odds opened up at an aggregate offer of -200 and steadily decreased as Sanders appeared headed for the Democratic Party nomination. At BetOnline.ag, these odds somehow retreated during the first two months of heavy coronavirus awareness to -180; currently, Trump’s odds are -120.

And during the time of coronavirus, we’re told that Joe Biden has locked up the party’s nomination to head up the ticket, completing what should have not been considered an improbable run. All well and good perhaps, but Biden is a standout among the uninspiring choices the Democrats have put forth since 1968. This dude makes Walter Mondale look like Bill Clinton, he makes Al Gore look like goddamn FDR, he  makes Michael Dukakis look like … ah, you get the point. You’ve seen him.

Or more accurately, you haven’t seen him. Politically speaking, Biden’s holders have managed to leverage the pandemic quarantine situation in simple fashion: Not only can they keep any appearances in which Biden may be challenged off-the-cuff, they have a baked-in excuse. The Democrats have been half-joking for he past 3½ years about how a raw vegetable would make a better president than Trump; they’ll soon get the chance to prove it so.

Nevertheless, the barely-animated Biden has seen a consistent shortening of odds since opening as high as 18/1 at online sportsbooks. You’ll be lucky to find him getting longer odds than 1/1 online. In their version of this prop, My Bookie has Trump listed at 5/6 (or -120) and Biden at 10/11 (or -110)! And in the prop “2020 Presidential Election – Winning Party”, the odds listed for both Democrats and Republicans are -120.

Putting in plainly, the bookmakers are straight-up scared shitless of either outcome.

As should we all be.