Odds on which NFL team will sign Colin Kaepernick 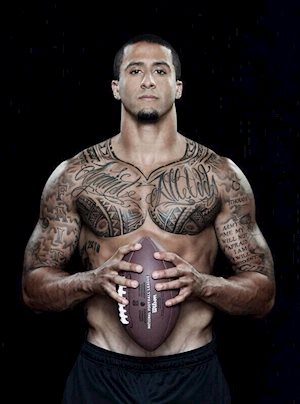 From the strange ethereal world that is NFL football in 2020 came a statement from commissioner Roger Goodell encouraging the league’s 32 franchises to sign once-blacklisted QB Coline Kaepernick. The odds in Kaepernick-related props were adjusted accordingly but with online sportsbooks essentially figuring that Kaep’s NFL career is kaput, the offering “Which team will sign Colin Kaepernick?” is as yet non-existent.

So hey, if NFLbets can’t wager on such a proposition bet, we’ll simply envision the prop, publish the plan online and wish it into being. (Hey, it works for the POTUS…)

In five seasons, Kaepernick played in 66 regular-season games plus six more in the postseason; his average line for this span is 189.3 yards passing to go with 1.1 TDs against 0.5 interceptions plus another 32.7 yards per game rushing.

The problem, as we were told between the kneeldowns and the collusion lawsuit brough against the NFL, was that the former Super Bowl quarterback had been away from the game too long. Hell, in week 8 of the 2017 season, Houston Texans QB DeShaun Watson went out for the season and rumor briefly had the Texans giving Kaepernick a shot. Yeah, surrrrrrrrrrrrrrrrrrrrrrre. When asked, then-head coach Bill O’Brien stated that Kaep was a “good football player,” he “hasn’t played football in a while.”

And that was when Kaepernick was half a season removed from the game. (For the record, the Texans went 1-8 without Watson the rest of the way. His replacements as starting QB that season, Tom Savage and T.J. Yates, never played another down in the NFL again.)

O’Brien’s attitude was apparently little more than the NFL party line, as Kaepernick’s lawsuit (and subsequent out-of-court settlement, to be completely honest) showed – but as loath as NFLbets is to admit it, three seasons out of football is likely too much of a handicap for Kaep to slide in to even the most desperate circumstances (helloooooo, Denver Broncos!) as a starter.

On the plus side, if Kaepernick does decide to play, he’ll likely be willing to do so at an affordable rate, i.e. a backup QB’s salary. After Taysom Hill and Marcus Mariota (at $8.841 million and $7.5 million, respectively), the next seven highest-paid backup NFL QBs will earn between $2.25 million and $5.25 million. All things being equal, $3.75 million for 2020 is beyond reasonable, particularly given the potential to sell more paraphernalia than any backup in NFL history.

The following are odds in NFLbets’ specialty prop bet, “Which team will sign Kaepernick first for the 2020 NFL season?”

• Baltimore Ravens: +200. For any player, this would be a no-brainer. Ravens offensive coordinator Greg Roman was Kaep’s OC when he twice took the San Francisco 49ers deep into the playoffs. And what 14-2 team has ever had a thinner depth chart at the offensive skill positions than the 2019 Baltimore Ravens?

• Los Angeles Chargers: +650. The Chargers have Tyrod Taylor listed as no. 1 quarterback, have no fans, get the minimum of sports media coverage in L.A./Southern Califirnia, and will depend on the incompetence of the Broncos to stay out of the AFC West cellar. Hell, if anybody in the Chargers front office actually had a pulse, Kaepernick would have been signed by now.

• Chicago Bears: 15/1
• Denver Broncos: 15/1. Look, if neither of these teams with their incessant follies at quarterback over the past three seasons haven’t given Kaepernick as much as a second look, Goodell’s edict still won’t wake them up (so to speak).

• Jacksonville Jaguars: 18/1. If and when play in the EFL Championship resumes, Fulham FC will have to address some paucity on the roster at forward, particularly when the loaner on Anthony Knockaert expires. On the other hand, play may not resume quickly enough for Fulham to make up a 7- and 6-point gap on Leeds United and West Brom, respectively. And since this is about as much attention as owner Shahid Khan pays to the Jaguars, it’s another year of Gardner Minshu for the team’s 27 fans.

• Washington: 100/1. No way is this going to happen in Donald Trump’s capitol city – and especially not with the great Colt McCoy already on board at the bargain price of $2.25 million (and worth every penny!). But NFLbets for one would kill to see Dan Snyder extend a contract offer to Kaepernick, only for the deal to be met with refusal until the team changes the goddamn racist name already.