If offensive continuity is king in NFL 2020, here are four teams to consider betting 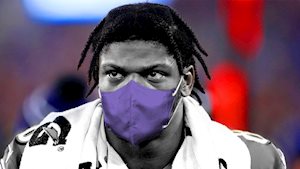 Pandemic conditions have jiggered the NFL bettor’s mojo for 2020, and NFLbets has been feverishly – don’t worry, it’s not that kind of feverish – been seeking any sort of indicator to help us adjust wagering accordingly. And we discovered an avenue to explore thanks to the Bill Simmons Podcast.

Earlier this week, Simmons chatted with sportswriter/reporter Kevin Clark about the upcoming NFL season, specifically with regard to the recent cancellation of the college football season and just how this potentially quite wacky season might play out. About 21 minutes into the ’cast,  Clark gets Simmons attention – and ours – when riffing on what he believes the secret to winning in 2020 will be:

“I think teams will adjust [to a lack of crowd noise] and they’ll have more dummy calls,” Clark speculated. “I remember when the put the microphone on the center or guard around 2012, and then teams started coaching their quarterbacks or even linemen to start yelling out more dummy calls, because the TV couldn’t pick up on that stuff. And so you’re gonna have the smart teams trying to figure out how to use that to their advantage and speak gibberish.”

He continued, “I have this theory that it’s going to be a very simplified season. So if you have Julio Jones or you have Odell Beckham or you have Michael Thomas, you’re just gonna hand them the ball and the defense won’t be able to tackle them because [of less practice]. When I was running that by folks this weekend, they said, ‘That’s kind of it, but it’s not the whole way. If you have continuity, you want to make things as complicated as possible.’ The teams that are going to win this year are the teams that have been together for four, five, six years, they almost have a sixth sense of where everyone’s going to be and they can run complicated schemes against a bunch of defenses that aren’t going to be able to be complicated.”

Now, that’s something NFLbets can work with. Let’s assume 2020 is an above-average season for scoring (or at least for a good first half of the season as defenses catch up) and that the experience of the offense is key. With these premises, NFLbets would suggest adjusting expectations for the following teams upward. (As always, odds listed in parentheses are those currently on offer in MyBookie’s “To Win Super Bowl 55” proposition bet.)

The Atlanta Falcons (33/1) are Exhibit A in Clark’s argument, and with good reason. Going into 2020, Matt Ryan is the NFL’s longest-tenured starting QB for his present team, and Julio Jones has been his no. 1 receiver for the past nine seasons. As recently as ’18, Jones led the NFL in receiving yards per game and while the Falcons have been through a few OCs since Ryan’s debut in ’08, the offense has nine times been top-10 in total yardage and has never been lower-ranked than no. 16. Here’s to thinking the Falcons will keep defenses hustling all season long.

As long as miracles weren’t expected, Las Vegas Raiders (50/1) backers should be at least pleased with the job Jon Gruden has managed with the Black-and-Silver since becoming head coach. The famed “Quarterback Whisperer” may not have transformed Derek Carr into a shiny new Bradymobile, but most would certainly acknowledge that Carr has certainly very nearly had his talent maximized under Chucky’s tutelage – and this while losing Amari Cooper, then the Raiders’ biggest name on offense.

Continuity among the receivers isn’t great, but Vegas returns all their top-two RBs in Josh Jacobs and Jalen Richard, who were both good for over 8.0 yards per catch in ’19, plus last year’s no. 1 WR Tyrell Williams and last season’s breakout TE Darren Waller. Combine these guys with the league’s youngest roster yet relatively low turnover rate of the past three seasons and Vegas could surprise within a fairly weak division.

NFLbets is including the New Orleans Saints (10/1) on this list – with an asterisk. In each of the past three seasons, the Saints have been unhappily bounced from the playoffs due to a fluke play and/or blown call. And since 2008, Peyton ‘n’ Brees have enjoyed an offense top-10 in yardage every season and top-10 in scoring every season except ’10, when they ranked 11th. And superstars Alvin Kamara and Michael Thomas show no signs of slowing.

Why a timid asterisk, then? It’s Drew Brees, man. NFLbets realizes it’s heretical to call out an aging quarterback before he self-acknowledges his breaking-down body. (Remember Emperor Peyton Manning’s new clothes for the 2015 season? Yeesh.) The truth is that the Saints passing offense managed to top 300 yards just five times in 17 games last season and went a measly 1-3 against playoff teams. New Orleans certainly has the talent to win games in 2020, but one should consider the possibility that Brees won’t necessary be pulling rabbits from hats at the frequency he’s used to.

Finally, as though they needed it, the Kansas City Chiefs (6/1) are worthy of an uptick on this basis as well. Superduperstud QB Patrick Mahomes plays like a man far more veteran in the NFL, and that full season of bench-riding behind Alex Smith is still producing dividends. And factoring into the pandemic conditions the very scary fact that LeSean McCoy and his 646 total yards represents the sole departure from the Kansas City offense for 2020. Odds of 6/1 on these guys might be too long in the time of coronavirus…