Do not go gentle into that Thursday Night: Betting NY Giants +3 at Washington FT

So NFL Thursday Night Football has another ho-hum matchup that few outside the home markets care much about and on which the betting prospects aren’t necessarily all that amazing. You’d think that in the day of the 17-game schedule, The Shield would simply declare a full-on ratings grab and start flexing games like

right out of the primetime slot. Granted, few marquee games are on the card for week 2, Kansas City Chiefs at Baltimore Ravens is set for Sunday night, and many (including NFLbets) figured that Washington might be an interesting sleeper contender.

The reason why flexing doesn’t happen for TNF is of course because Thursday night already messes with expected outcomes. In these games from week 1 2016 through week 1 ’21, for example:

•  underdogs have gone 23-50 SU for a winning percentage of just .315 on Thursday Night Football, significantly worse than the expected 40% to 43% chance in an average NFL game;

As a home team favorite, then, the pick would appear to be Washington giving the points; unfortunately, some rather weird trends make the decision not so clear – even before discussing Washington now no. 1 QB Taylor Heinicke, 0-1 SU/ATS as a starter with 92 passing attempts in the NFL, including 57 in three seasons ago with the Carolina Panthers. 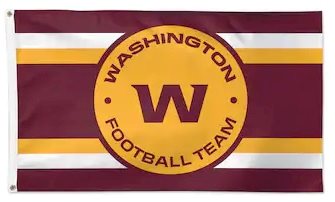 NFLbets’ll tell you one guy who’d like to flex to a Sunday: Ron Rivera. NFLbets considers coaching records in short-week situations very seriously. Teams coached by Ron Rivera in his 12 seasons are 4-5 SU and it’s all downhill from there. Rivera’s teams are 3-6 ATS on Thursday nights, including an 0-4 ATS/1-3 SU record when playing as a 3- or 3½-point favorite.

Finally, what can be made of the week 1 games the two NFC East teams played? New York’s offensive line performed a bit better than expected (or was the Broncos pass rush worse…?) in allowing only two sacks. And Danny Jones Danny Jonesed again, losing a fumble to lower his per game average to 1.11 – no, really – on the way to a 14-point loss as 3-point underdogs.

Washington’s vaunted defense looked quite good against the Chargers in Los Angeles, registering two sacks and an interception against the dangerous Justin Herbert before tuckering out in the fourth quarter. (Is it a question of conditioning…?)

In the final analysis, NFLbets is sticking with our original, preseason assessment of both teams until either proves us wrong – and Heinicke is one heck of an X-factor. Though Rivera’s record is quite distressing, we’ll put our money with the greater Thursday Night trends and say Rivera finally wins ATS as a TNF favorite: Take the Washington Football Team -3 versus the Giants.