Week 4 of the 2022 NFL season kicks off on Thursday Night Football pitting one of the just two(!) remaining undefeated teams against the thus far underwhelming defending conference champions. So how will NFLbets play a line of

So, with little-to-no history in prime time for either the Bengals’ or the Dolphins’ head coaches and quarterbacks, NFLbets goes straight to the teams.

Dolphins fans have enjoyed their new high-flying offense featuring Tua Tagovailoa tossing bombs to Karim Hunt and Jaylen Waddle, as have NFL bettors. The Dolphins are 3-0 SU/ATS, twice winning as an underdog and twice hitting the under. Miami averages 27.66 points per game this season, but this is somewhat distorted by the wicked 42-38 shootout at Baltimore in week 2.

The Bengals, meanwhile, have gone 1-2 SU/ATS, immediately sinking to dead last in the AFC North; they’ve also hit the under in all three games. Management has been excoriated for a completely remade, yet still not very protective, offensive line. And yes, the OL has led to Joe Burrow taking 15 sacks. But here’s the thing: 13 of those came in games 1 and 2, vs Pittsburgh and at Dallas, both with outstanding pass-rushing defense.

And that’s what leads NFLbets to believe the play here is to take the Bengals minus the points: With the league apparently given to extreme parity in 2022, the Dolphins 3-0 ATS mark is even more outlier. This isn’t anti-Miami bias here – NFLbets believes the Dolphins are really quite good this year – it’s just the numbers.

Plus the whole Thursday Night Football 3½-point spread jinx is just too ridiculous to hold.

As far as the over/under, all trends point strongly in one direction. These Dolphins are not exactly known for defense: The NFL official site currently ranks Miami fifth-to-last in the league’s overall defense rating metric, ahead of only the Commanders, Jets, Titans and Cardinals – and you saw what kind of game the Bengals had against the Jets…

Two offense-oriented teams with explosive WRs who’ve played to the under in five of six games means NFLbets is thinking the under; the fact that the porous Dolphins D will likely lead to a shootout makes it a sale: Take the Cincinnati Bengals -3½ vs Miami and take the over on an O/U of 48½ points.

The Patriots take on the Bills on Thursday night. NFL Week 13 AFC Games to Watch are below. NFC Games are to watch here. 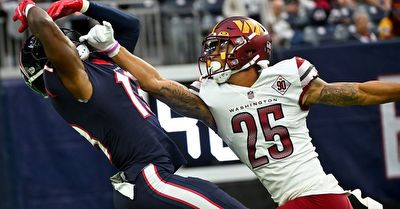 Washington Commanders fans are feeling better every week. The Commander's have won 6 of their last 7 games and are riding their second 3-game winning streak of the season. Dan and Tanya Snyder plan to sell the team as soon as March. The team's defensive unit has improved since the start of this season, and the offense has been effective. They are playing a strategy based on defense, ball control and field position. Their only losses have come against the 10-1 Eagles, 9-2 Vikings, 8-3 Cowboys and 7-4 Titans. Outside of that, they have beaten teams with 1-5 records.