In week 12, home teams dominated (at least ATS). Beginning on Thanksgiving Day and continuing through the conclusion of Saints-49ers, homers were on a 13-0 run against the spread (and 10-3 SU). Then the Las Vegas Raiders deduced the Seahawks have no pass rush and the “12th Man” was no factor (no game ball for you!). Home teams ended up 14-2 ATS anyway, together with a 10-6 SU week by favorites (including the loss by the Colts, who really had no business getting posted as favorites), established some normalcy into the 2022 NFL betting season.

At least for a week.

Below runs the Official NFLbets ATS-Adjusted Scoreboard™ for week 12, a rundown of results adjusting for bettors by factoring in the point spread for each game at kickoff. Note: Scores in bold denote those games in which the SU winner did not cover ATS.

• Detroit Lions 25, Buffalo Bills 18½
• New York Giants 20 at Dallas Cowboys 18
• Minnesota Vikings 30½, New England Patriots 26. NFLbets commented on these games already over here, but we’ll add this: How about that last garbage-time TD flipping pointspreads into the Cowboys’ laps while also flipping the over/under from under to over? Ugly!

• Carolina Panthers 22, Denver Broncos 10. For some members of the Broncos and sports media figures, this performance was the last straw for Russell Wilson. Here’s Richard Sherman expressing a common opinion about Wilson’s recent play and … wait a minute, this is from one month ago…

• Arizona Cardinals 24, Los Angeles Chargers 22½
• Jacksonville Jaguars 28, Baltimore Ravens 23½ – two games won with a 2-point conversion on the game’s final play. Though NFLbets is certain (the few) Chargers fans were thrilled with the win, concern that the Bolts might actually sneak into the playoffs based on this and thus Brandon Staley gets extension. Then again…

• New York Jets 24, Chicago Bears 10. …is an early sign that Mike White might be just enough quarterback to land the Jets that no. 7 seed in the AFC.

• Washington Commanders 15, Atlanta Falcons 13
• Cincinnati Bengals 19½, Tennessee Titans 16. NFLbets has been harping on this, but the Titans’ 8-0 ATS run to start the season was quite the anomaly. And the Falcons may be Tennessee’s cautionary tale: After starting 6-0 ATS, this loss to Washington dropped ’em to 1-4-1 ATS since – not necessarily the blueprint for the remainder of the Titans’ season, but betting on them will certainly be trickier in the second half…

• Pittsburgh Steelers 24 at Indianapolis Colts 14½. Wait, the Colts were really favored in this game…? 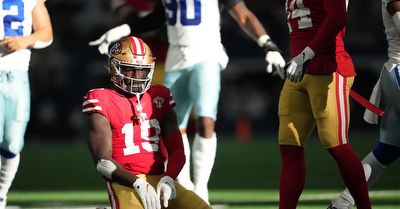 NFL Divisional Round opening odds: 49ers open up as 3.5-point favorites over the Cowboys

The Cowboys beat the Buccaneers 31-14 on Monday Night Football. The 49ers beat Tampa Bay 35-7 a month ago. DraftKings Sportsbook has the 49er favored by 3.5 points over the Cowboys. Vegas is expecting a score around 24-21-ish. Dallas has scored 31 points in seven of their previous eight games. Since Brock Purdy has been under center, the Niners have scored at least 33 points every game. 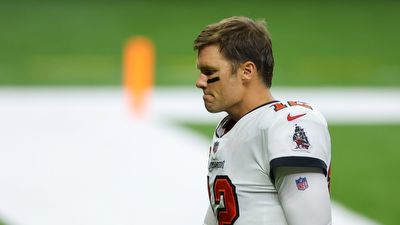 Dolphins among betting favorites to land Tom Brady in 2023

The Miami Dolphins are interested in signing Tom Brady this offseason. DraftKings Sportsbook has the odds of Brady finding his way to South Florida at +750. The last time Miami tried to sign Brady, they lost draft picks, fines and the suspension of owner Stephen Ross. 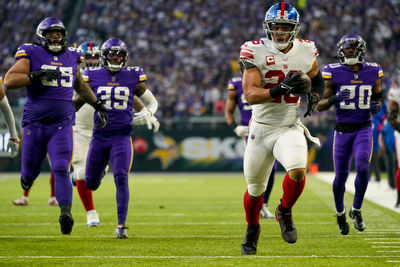 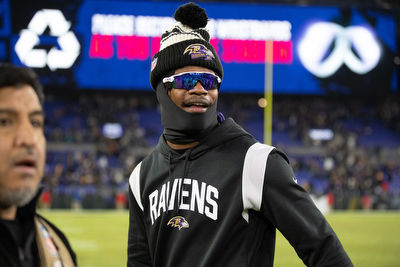 Falcons among betting favorites in Lamar Jackson next team odds

The Falcons are among the betting favorites if Lamar Jackson becomes available. Action Network has the Falcons second-best odds at +400. The Patriots are in front of the Patriots, Raiders, Panthers, and Colts. According to ESPN’s Chris Mortensen, Lamar Jame declined a six-year contract worth up to $290 million with $133 million in guarantees. Deshaun Watson signed a five- year, $230 million contract with the Browns. The organization was willing to pursue a player without an MVP with a mountain of baggage due to his deviant sexual behavior off the field in Watson. 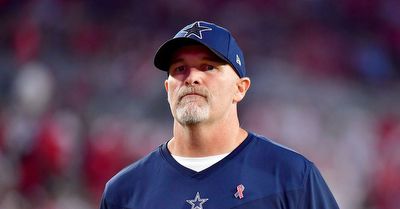 Denver Broncos are in Los Angeles today to meet with Sean Payton. According to DraftKings Sportsbook, Dan Quinn is the favorite to become the next Denver Broncos head coach. Quinn has ties to general manager George Paton, but Patons selected Nathaniel Hackett over Quinn last cycle. 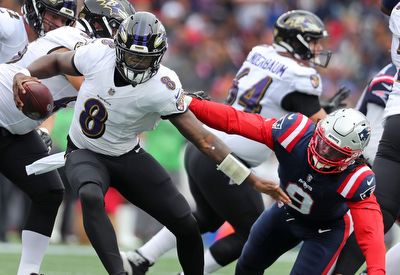 Patriots are the favorite to sign quarterback Lamar Jackson if the Ravens decide to part ways. The Patriots have a lot of draft picks and young players. Other teams with interest in Jackson are Jets, Falcons, Raiders, and Commanders. Jackson is recovering from a PCL sprain and is a free agent at season's end. He won NFL MVP in 2019. His contract is still unsigned. If the team decides to franchise tag him, it will cost a little over $30 million. Jackson has missed five games each of the last two seasons. Mac Jones had a disappointing second season under a new offensive coaching staff. 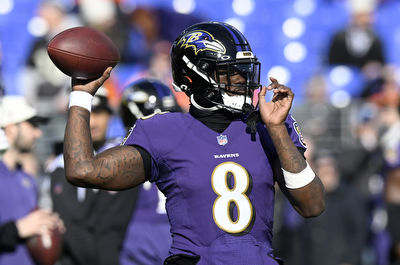 The New England Patriots are looking for a new quarterback. Mac Jones didn't perform well in his second season. Some places have the Patriots as the best odds to be Lamar Jackson's new team come 2023.   . The current Baltimore Ravens starting quarterback has had his issues with injuries and his contract situation. 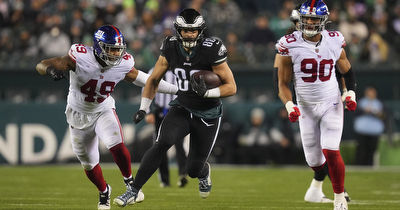 The Eagles are 7.5-point home favorites against the Giants in the NFL playoffs on Saturday night at Lincoln Financial Field. The Eagles swept the New York Giants during the regular season. Giants are the best team ATS in NFL this season, including their win over the Minnesota Vikings.  The Giants won outright against Vikings as 3-points underdogs. They are also 7-1 ATC and 11-2 as an underdog. 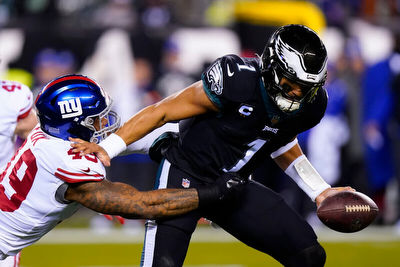 Eagles vs Giants odds: Philly opens up as 7-point favorites over New York