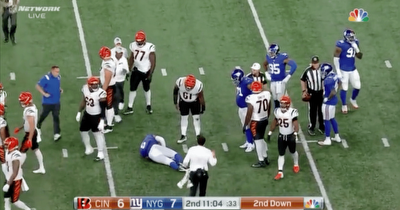 In 50+ years of post-merger NFL history, the New York Giants have enjoyed intermittent success, winning a Super Bowl (SU and ATS) in each decade from the 1980s and 2010s. The glorious payoff runs and bet payoffs have been sandwiched by some long stale spells, like the entire 1970s, the second half of the 90s, the late 2010s/early 2020s. Are the Giants worth betting in any given regular season? It depends. Are the Giants a good bet in the playoffs? Nope: They’re a fantastic bet, especially against the spread (ATS)…

Top Sportsbooks to Bet on the NY Giants Today

The Giants and Bears are both 2-1 in the NFL.

Saquon Barkley has started his comeback well. The Giants will lean on him heavily in their game against the Bears.

The Dallas Cowboys beat the New York Giants on Monday.

Bears-Giants is often at the bottom of the list of games to watch.

The New York Giants will host the Chicago Bears at MetLife Stadium on Sunday afternoon.

The New York Giants are 2-1 to start the year.

Both the Chicago Bears and New York Giants have rookie head coaches.

The Giants are banged up at wide receiver.

The game between the New York Giants and Chicago Bears is not an offensive showcase. The total is already starting to trend down from its opening price.

The New York Giants are a home favorite against the Pittsburgh Steelers.

Bears are playing the Giants in the NFL Week 4 game.

The New York Giants are 3.5-point favorites against the Chicago Bears on Sunday, October 2, 2022.

DeMarcus Lawrence recorded three sacks against the Giants on Monday night. It's the first time he's done that in a single game in almost exactly four years.

The New York Giants lost to the Dallas Cowboys 23-16 on Monday night.

Giants lost 23-16 to the Cowboys on Monday night.

The Cowboys defeated the Giants 23-16 at MetLife Stadium on Monday night.

Dak Prescott is out for Monday's game against the New York Giants.

The NFL International Series continues in NFL Week 5 as the Green Bay Packers take on the New York Giants.

The Chicago Bears and New York Giants are both 2-1 in the NFL season. They will meet in Week 4 at MetLife Stadium.

The New York Giants suffered their first loss of the season, falling 23-16 to the Dallas Cowboys on Monday Night Football.

The Chicago Bears and New York Giants are both 2-1 heading into Week 4. Both teams have new head coaches and might be in the market for a new quarterback at years end.

The New York Giants lost to the Dallas Cowboys 23-16.

The New York Giants lost 23-16 to the Dallas Cowboys on Monday. Wide receiver Sterling Shepard was carted off the field with a non-contact injury.

The NFL Super Bowl odds sheet has been updated after the Giants and Cowboys finished the third week of the NFL season. There are only two undefeated teams left in the league after week 3.

Only two teams are unbeaten after the Giants' loss Monday night. Raiders are the only one that has started the season 0-3.

The New York Giants lost to the Dallas Cowboys 23-16 on Monday Night Football.

The Cowboys are going to lose to the Giants on Monday night. The Cowboys defense will contain Saquon Barkley but the Cowboys offense won't be able to move the football.

Between 2004 and ’20, not one team repeated as NFC East champion, the longest such streak in NFL history. Six teams was the division won by the Philadelphia Eagles, five by the Dallas Cowboys and three each by the New York Giants and Washington. 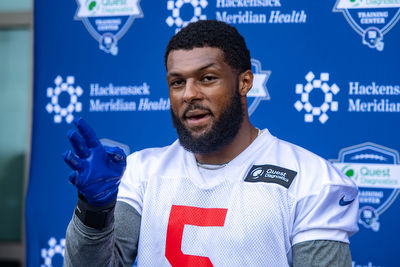 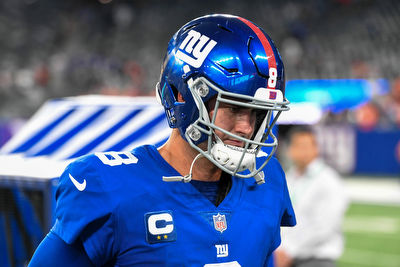 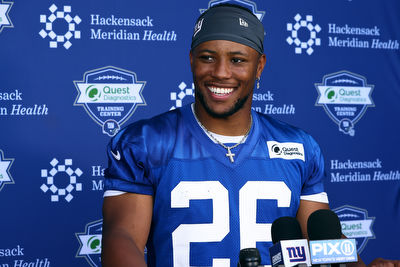 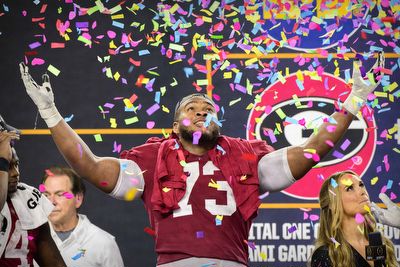 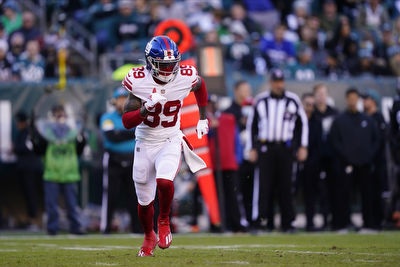 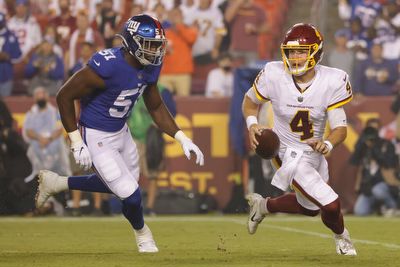 First playing in the NFL in 1925, the New York Giants didn’t take long to start winning, putting together an 11-1 regular season in ’27 and winning their first NFL title. The Giants rose the level of perpetual title threat in the 30s under head coach Steve Owen. Over 24 seasons spanning from 1930 to ’53, Owen’s Giants were good for a cumulative 153-100-17 record, a .605 winning percentage; in those two dozen years, the Giants played in 10 championship games, though only winning two.

The New York teams of the mid-1950s to early 60s typically included a fair share of All-Pros and future Hall of Famers, led by RB Frank Gifford through much of the span. The Giants played in six title games between 1956 and ’63 while four times winning 10 or more of the 14 regular-season games, but only the relatively unheralded ’56 Giants would win a title after going 8-3-1 in the regular season.

The Super Bowl era for a few reasons were unkind to the Giants from 1965 and straight through the 70s. In these 15 years, the Giants managed just two seasons of better than .500 winning percentage and five times went 3-11 SU or worse.

Competitiveness returned to the Giants In the 1980s, as a powerhouse on both sides of the ball with notables like Phil Simms, Joe Morris and only one of the greatest to ever play the game, Lawrence Taylor, all coached by the legendary Bill Parcells was assembled. These Giants won two Super Bowls: The tormenting of John Elway and the Denver Broncos in XXI then the upset win over the Buffalo Bills, the latter thanks in no small part to the schemes of then-Giants defensive coordinator Bill Belichick. The also made the playoffs five times from the1985 through ’90 seasons.

The 1990s and early 2000s were successful enough to keep things interesting for bettors and fans, including the Giants’ sole SU/ATS Super Bowl loss, to the Ravens in XXXV, But the years following 2004 are certainly looked upon by the lifelong diehards – not to mention the bettors who consistently got some long odds and/or generous pointspreads – as the team’s golden age.

With Tom Coughlin as coach and Eli Manning at QB, the New York Football Giants got into the playoffs the team’s finest ever. Between 2005 and ’11, Coughlin’s Giants made the playoffs five times and took those two wins over the Patriots in the big game. A pair of oddities about the Couglin/Manning Giants:

• From 2004-2015, the Giants were an outstanding 8-3 SU/9-2 ATS in playoff games, all eight wins came in just two playoff runs, each naturally culminating in Super Bowl wins; and

Since Tom Coughlin left in 2015 and Eli’s consecutive-games streak ignominiously ended in ’17, well … this is the desert amidst the oases of Super Bowl fortune that characterize New York Giants football history…

If history teaches NFL bettors one thing, It is this: When the New York Giants are in the playoffs, you bet on them. Though in the 50 seasons between 1970 and 2019, the G-Men played in the postseason 18 times at an impressive 20-12 SU/23-9 ATS pace. What’s more, the Giants almost always get more lucrative for betting as the playoffs progress: After the wildcard round, they’re 14-7 SU/15-6 ATS in all playoff games, 5-0 SU/ATS in NFC conference championship games. and 4-1 SU/ATS in Super Bowls.

And in the playoffs, even when the Giants lose, they win: In all true road playoff games, New York was just 1-3 SU historically but still went *3-1* against the spread. One more time, NFL bettors: In the playoffs, bet on the New York Giants.