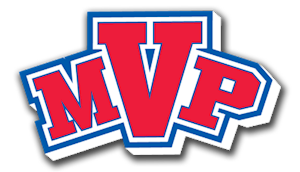 NFLbets’ favorite Super Bowl proposition bet is certainly the good old “Super Bowl MVP” market: Winning this prop on a perceived longshot can save your Super Bowl or can recoup lotsa losses on a well-played hedge. With two ultra-hyped quarterbacks drawing most of the action, Super Bowl LV has a number of scintillating opportunities for the wagering. We’ll start with the obvious, namely…

• Patrick Mahomes, 20/23
• Tom Brady, 2/1. At 2/1, Brady is getting longer odds in this prop than in any Super Bowl he’s played in after 2002; he’s therefore an excellent double-down bet if you’re backing Tampa Bay as well as a great loss-recouping hedge for Kansas City bettors. The danger in betting Brady for MVP is if he more closely resembles the game-managing, defense-dependent Peyton Manning of Super Bowl 50 rather than the unafraid airing-it-out Peyton manning of Super Bowl XLI – though we have the former possibility covered as well; see below.

By contrast, Mahomes at lower than 1/1 really only makes a decent hedge if you’re firmly in the Buccaneers camp. Given that the next-nearest Chief in the MVP prop opened at 10/1 odds, the sportsbooks are essentially telegraphing that a Kansas City win most likely results in a second straight Mahomes MVP title. With Chiefs -3½ at -105 and Chiefs ML at -170, if you believe in a last-second 3-point or less win by his team, the Mahomes MVP bet is a great play. Even better for Chiefs backers, though, are the other two studs K.C. is bringing…

The betting reflets this take; the odds posted herein are courtesy My Bookie. Certainly not too many other sportsbooks are seeing a swing of -150, but Hill is clearly getting some love from the betting public. Hill is a decent value bet here based on his record-breaking performance in the week 11 game, but one can’t help imagine that Bruce Arians will cook up double teams and serious coverage on Tyreek, particularly in the first half so as to remove that part of the playbook for Kansas City.

But then there’s Kelce who spent the entire AFC Championship Game against Buffalo burning double- and even triple-coverages to the tune of 13 receptions, 118 yards receiving and two TDs; Hill meanwhile was good for 152 yards on 8 catches versus Buffalo. For the Super Bowl, the return of Sammy Watkins can only make things more difficult.

So if Kelce is such a great bet in the Super Bowl MVP prop, why are his odds increasing? Common wisdom seems to be that, with the Chiefs having to rejigger the offensive line somewhat for this game, Kelce will be deployed as a blocker. After his 2020 season as essentially the NFL’s most productive receiver plus Andy Reid’s point-a-minute philosophy since coaching Mahomes, this doesn’t feel like the most plausible scenario – nor does Kelce becoming the first-ever TE to win this MVP seem far-fetched at all.

• Devon White, 25/1 to 30/1
• Jason Pierre-Paul, 30/1 to 80/1. So say Brady does throw a game akin to Peyton Manning’s in Super Bowl 50, and say the Chiefs’ stapled together offensive line succumbs to Tampa Bay’s relentless pass rush early and often. With Brady likely to divide up targets as per normal with these Bucs while Leonard Fournette and Ronald Jones similarly split the bulk of the carries in a, likesay, 20-17 win, two or three key plays from a defender could win him the award.

Pierre-Paul will certainly receive much of the media’s and Kansas City OL’s attention throughout the first half in lining up against Mike Remmers, who moves from RT to LT in the wake of Eric Fisher’s injury. Early into the Bowl, we should see quite clearly the effect this matchup will have on the game’s complexion. A couple of sacks on Mahomes to go with a turnover or even a forced turnover will certainly win some MVP voters over after a low-scoring game.

Devon White has meanwhile been on a Von Milleresque trajectory in the season’s second half and straight through three playoff games. And while statistically the Buccaneers D has been average, at this point in the season, Tampa Bay may even be considered a defense-first team. White’s main competition here in a Bucs win – even a low-scoring win – would, ironically, be Brady.

Only 10 defensive players have won the Super Bowl MVP award, and only four in the 21st century. Of these four, only one (Malcolm Smith in Super Bowl XLVIII) had a top-10 quarterback (Russell Wilson) at his team’s helm. Smith’s Seahawks turned in perhaps the most dominant performance by a defense in the ’Bowl, however, in shutting out the Denver Broncos for the game’s first 45 minutes. Figure the Chiefs will be good even on their worst Sunday for at least 9 points; after all, with Mahomes at quarterback, these Chiefs have scored fewer than 21 points just twice – and average 35.2 points per postseason game. Brady might not have to do more than throw a TD pass and make no mistakes, even in another 13-3 snoozer…