NFL Draft proposition betting: WTF will the San Francisco 49ers do at no. 3…?

Until it’s time to start betting on player and team props, the best wagers in preseason betting are all about the NFL Draft – and in 2021, two teams are making things verrrrrrrrrrrrrrrrry interesting indeed.

NFLbets is starting right at the top in “Draft Position over/unders” proposition betting – well, not at the very top, because bettors can essentially ignore overall picks no. 1 and 2: Trevor Lawrence (of LSU) is getting roughly -10,000 odds to be chosen by the Jacksonville Jaguars first, while Zach Wilson (BYU) commands -1000 or so to be drafted by the New York Jets at no. 2.

And here, thanks to the San Francisco 49ers’ trade machinations, questions about the future at their QB position and, inevitably, the will-he/won’t-he interest of Bill Belichick & Co. in Jimmy Garoppolo, is where things get interesting.

Concomitantly, sportsbooks offering the “Over/under Draft Position” prop have offerings on three suspected early picks which look like so:

A couple of weeks ago, all four of these bets seemed like no-brainers: San Francisco had clearly traded up to land Mac Jones at no. 3, while the Panthers could – barring a trade from, likesay, New England or Denver – simply lie in wait for Fields to land to them at no. 8. But then, the maneuvering, posturing and rumor-generating started:

•  First the Miami Dolphins, who had traded out of the top 10 to deal the Texans’ former no. 3 overall pick, reentered at no. 6 via a trade with the Philadelphia Eagles.

•  The Panthers, meanwhile, acquired former New York Jets first-rounder Sam Darnold to start at QB for them in 2021, while not having to surrender their no. 8 overall.

•  Two rumors emerged from Patriots camp in the meantime, mainly that the team was no longer interested in pursuing trade talks for Garoppolo, snowballing still-increasing talk that the Pats are seriously hot for Fields.

•  Also buzzing about the blogosphere are the Atlanta Falcons giddy enthusiasm at signing Pitts at no. 4. With stat pig Matt Ryan’s contract getting reupped and a serious chance to compete in the NFC South in 2021, virtually every mock draft has the Falcons snapping up the dude some are already ready to call a “future Hall of Famer.”

•  Here’s the bit that really ties NFLbets’ mind in knots, however: On Wednesday, the 49ers signed QB Nate Sudfeld. Hardly a league-shattering acquisition, to be sure, but the move means that San Francisco now carries four QBs on their roster – including Garoppolo, the guy who had these Niners in the Super Bowl two seasons ago – going into draft day.

You see what we’re getting at: The 49ers have the opportunity to ruin a serious amount of draft day prop bets. With all the hype the reportedly generational Pitts is getting, why wouldn’t Kyle Shanahan et al consider teaming the rookie with George Kittle for the best 1-2 TE punch the league has? Better yet, why not threaten the possibility and make Atlanta cough up, likesay, a third-rounder to move up one spot?

One could also imagine that the reported “no sale” attitude of the Patriots vis-à-vis Garoppolo and/or the enthusiasm evinced for Fields is merely a smokescreen for a Niners-Pats draft day trade.

Finally, there is Miami at no. 6. Having seemingly cleared the starting spot for Tua Tagovailoa, the Dolphins would on the face of things have little reason to draft at any position other than receiver. The question becomes: How likely would Miami management be to taking up Fields for the sheer stymying effect on New England?

Occam’s Razor would advise us to assume the 49ers are staying at no. 3, but with no indication from 49ers land as to whether Jones or Fields is the pick, we’ll play the best odds and recommend: 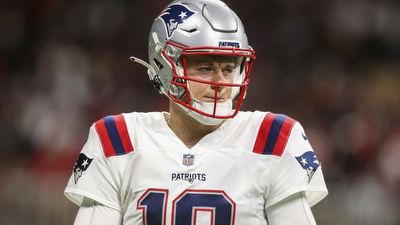 NFL Network includes New England Patriots quarterback Mac Jones as a dark horse MVP candidate. Patrick Mahomes and Lamar Jackson both won the award recently.  The 2022 NFL season is still several months away. It's not too early to think about awards predictions. 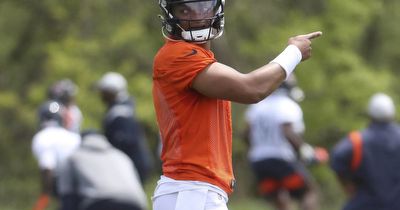 The Chicago Bears are in their second week of organized team activities at Halas Hall. Justin Fields and Mac Jones will play against each other on Monday Night Football. The Bears took an aggressive approach in the 2021 draft, giving up their first- and fourth-round picks in 2022 plus a 2021 fifth-rounder to move from No. 20 to No 11. New England Patriots have their quarterback box checked.   . . . ... It's the second year in a row that the Bears have had a team with a new coach. 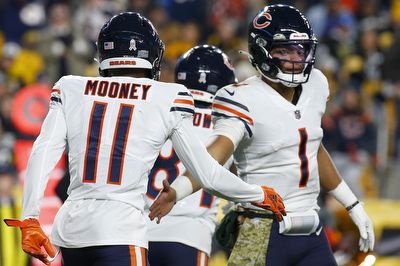 Justin Fields, Ever The Leader, Defended His WRs From Rampant Criticisms

The Chicago Bears haven't done enough to improve the wide receiving corps around Justin Fields. GM Ryan Poles believes the team added some nice pieces that fit the new offense under Luke Getsy. There is also the belief a better scheme with a run-first identity will better protect Fields and help him improve. 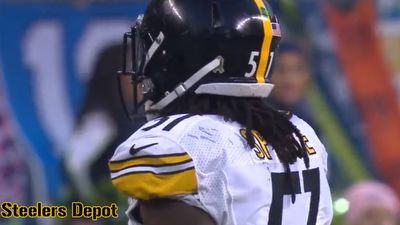 Kevin Colbert has been Pittsburgh Steelers GM since 2000. He has made 176 draft picks from 2000 to 2021. Today, he's ranked his best picks #96 to #85. In part five of the series, click the link here. It's a series exploring the draft choices of Kevin Colbert. The next few weeks will focus on the 15 names at a time. There may be surprises, controversy and blasts from the past. In this part, we'll work through the worst picks. Then we will work down the list. We'll begin with the least successful one. 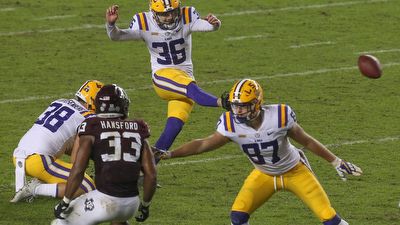 Cade York: What the Browns are getting in their 4th round kicker

The Cleveland Browns did not have a first-round selection in the 2022 NFL Draft. They made their first selection on the second day. With the 124th selection, they selected Cade York, a kicker from LSU. 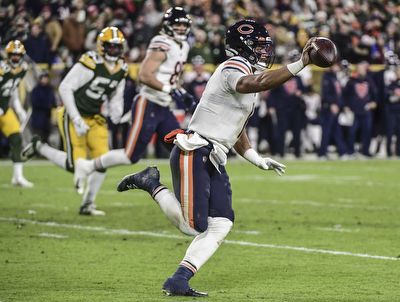 Lester Wiltfong Jr. is the editor in chief for Windy City Gridiron. He answered questions from Around the North series. 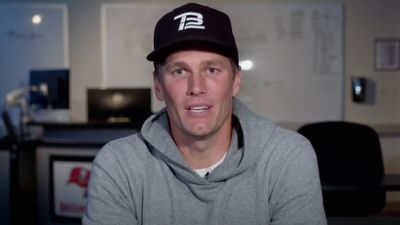 NFL Great Tom Brady Is Getting A Comedy Roast On Netflix, And It May Be The Start Of Something Bigger

Tom Brady is making moves since he decided to retire in January. He's also set to star in a movie, he's signed a TV deal with Fox Sports and he could get his own comedy roast at Netflix. 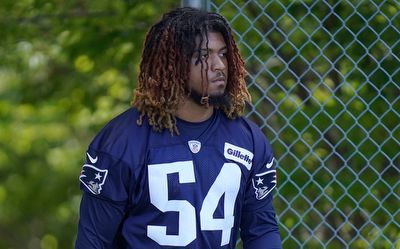 Patriots notebook: Return of Cameron McGrone like getting an extra draft pick

Cameron McGrone returned to the field after a year on the sidelines recovering from a torn ACL. He impressed his teammates and coaches. The Patriots drafted him in the fifth round. He was placed on injured reserve in mid-December. Steve Belichick praised his performance. It's been a pleasant surprise for the Patriots staff this offseason. 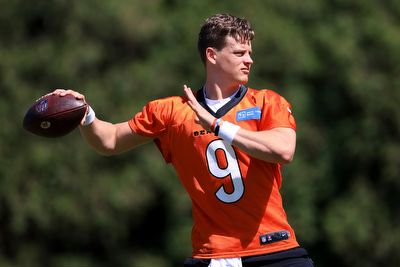 Bengals' Burrow wasted no time getting over Super Bowl loss 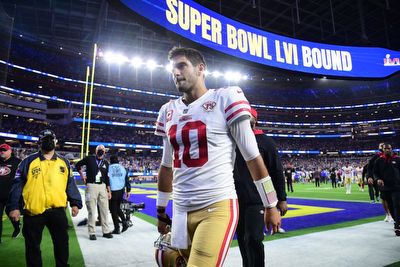 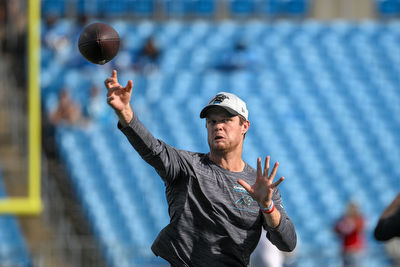