NFLbets admits it right from the top: We’re reversing engineering our pick for week 11’s Thursday Night Football game, with a line of:

The truth is, on this Thursday night, all trends point in one direction (or rather two directions): to take the Green Bay Packers -3 and to take the over on an O/U of 41-42 points.

Specifically speaking, numbers like this had NFLbets itching to bet against the Titans as soon as they’d polished off the dictionary-definition hapless Denver Broncos in week 10:

NFLbets believes that, in a vacuum, the four above statistical trends should be faded, thus giving good reason to bet against the Titans, particularly the defense, as minimum two touchdowns likely must be scored by the Packers offense to cover the over – so is there any justification to believe Green Bay holds up their end of the bet?

The languid Aaron Rodgers and his Packers may have shrugged off their malaise (not to mention an 0-5 SU/1-4 ATS stagger) with an overtime win versus the Dallas Cowboys in week 10. The SU win also represented the Pack’s first this season against a team currently with a winning record.

The 28 points in regulation time represented the most Green Bay’d scored in 60 minutes this season, and killing the game with 17 unanswered points certainly gave the appearance of a winning team.

The really impressive thing about the Packers win, though, was the gameplan: Rodgers threw just 20 passes, leaving Aaron Jones and A.J. Dillon to get 39 touches and go for a combined 221 yards. Should they run the same strategy at the Titans – and why not? Dillon and Jones have been Green Bay’s top skill players all season – though the Titans’ D is hardly the ideal victim.

In nearly direct opposition to the Packers, who have seen the sixth-most rushing attempts this season, the Titans have faced the most; yet, they’re third-best in yards allowed per attempt. If you’re a fan of battles in the trenches, you’re probably gonna love this battle of Jones & Dillon vs. Derrick Henry.

We may have to sweat out the five touchdowns realistically needed to hit on over-41, but the numbers don’t lie. And if you lose, just bet against the Titans and on the over: NFLbets tells ya, they’re due... 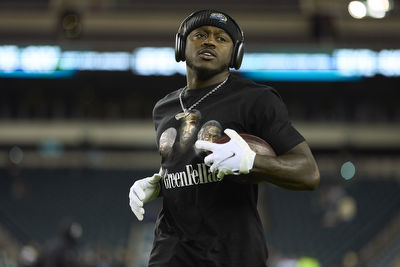 Best Prop Bets for Philadelphia Eagles versus Titans in Week 13

Philadelphia Eagles head coach NIck Sirianni sat with the local media for the third of his weekly sit-downs on Friday. A.J. Brown is not treating this game like it's against his former team.

The Tennessee Titans and Philadelphia Eagles are playing each other in Week 13 at Lincoln Financial Field. The Eagles is a 4.5-point favorite, while the over/under is 44. 5. Tennessee has won 21 games in a row as the underdog under Mike Vrabel. 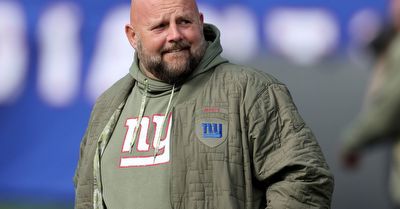 Can Giants’ season be a success without playoff berth? Yes ... and no

The New York Giants are playing meaningful December football for the first time since 2016. They are 6-10 and have six games to go, but they are in the playoffs. The Giants play a divisional game against the Washington Commanders on Sunday. Head coach Brian Daboll has been on teams that have played meaningful games in December and he has also been part of teams who haven't.

Eagles vs Titans game preview: 5 questions and answers with the Week 13 enemy

The Philadelphia Eagles are hosting the Tennessee Titans at Lincoln Financial Field on Sunday afternoon. Jimmy Morris from Music City Miracles answered questions about the upcoming game. DraftKings Sportsbook has all of the odds for this week's games.