When the clock ran down to zeroes, the final score of Monday Night Football in week 3 read, “Dallas Cowboys 23, New York Giants 16” – a normal enough looking result but counterintuitive if you were betting it.

Foremostly of note was the over/under. The line opened at a low 38 points, just the third game thus far in 2021 to kickoff at this, the lowest over/under offered this season. By game time, this had risen to 39 at most sportsbooks, with the point spread of Cowboys +3 dropping to Cowboys +1 and therefore forecasting a score of 20-19.

Again, this sounds reasonable: In four games involving either the Cowboys or Giants prior to MNF, no team had scored more than 22. This game pitted a top-3 defense and, what, a top-10 defense were both facing up against bottom-5 quarterbacks with one outstanding “skill player” on offense (for New York, the wonderfully rejuvenated Saquon Barkley; for Dallas, CeeDee Lamb).

But here’s the thing: No one’s betting the under on 38 points, even in such conditions. In all four aforementioned Dallas or New York Giants games, unders hit. In 2021, the Cowboys defense produced eight touchdowns – nearly one every two games. So you take the over. And if you get in too late, you push.

A Cowboys win was no surprise to the majority of bettors, whose action eventually brought down the point spread two points, but the greater implications of SU win-loss records are insane. Cooper Rush is now 2-0 SU/ATS as starting QB – as was Daniel Jones, quite probably the worst non-rookie QB starting in the NFL right now.

Talking (writing?) of quarterbacks, here’s a good one for you: The teams of Tom Brady, Aaron Rodgers and Joe Burrow are a combined 3-6 ATS; Rush and Jones are now 5-1…

Cowboys-Giants was the 48th game of the 2022 NFL season, and the 23rd time combined points were under 40. And despite the reputation of the NFL as an evermore high-scoring league, the mean score thus far this season is Home 21, Visitors 19, a single point higher than the MNF shootout we witnessed last night. We are currently amidst the lowest-scoring season since the 1980s at current pace.

None of this makes any sense, but what’s worse is that both of these teams plus the Philadelphia Eagles could finish next week at 3-1 SU (or, in the Eagles’ case, 4-0 SU). When did the NFC East become this “good”…?

And we’re supposed to bet this stuff rationally? 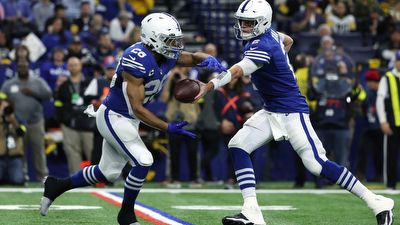 The Indianapolis Colts are 10-point underdogs to Dallas Cowboys. The Colts have one of the worst offenses in the NFL and the Cowboys are one the hottest teams in league right now. Trevon Diggs and Michael Gallup are sick and they haven't practiced. All but three of Colts' games this season have been decided by one possession. The Cowboys remain one-of-the-most complete team in NFL. 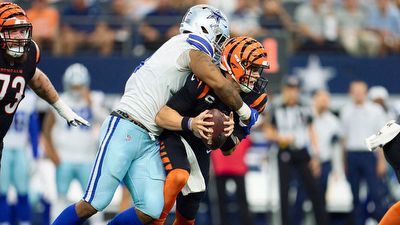 Dallas Cowboys have recorded multiple sacks in every game this season. They generate pressure on a league-best 43.7% of opponent dropbacks. The team blitzes only 26.2% despite having the best pass rush. Micah Parsons and Demarcus Lawrence are among the top pressure players in the league. Dan Quinn's defensive coordinator is aggressive about generating matchups and one-on-one opportunities.   . He also uses formations and stunts to get players into the right position. It's a different approach than the one used by the Patriots and Buccaneers. Their defensive line is better than their offensive line. 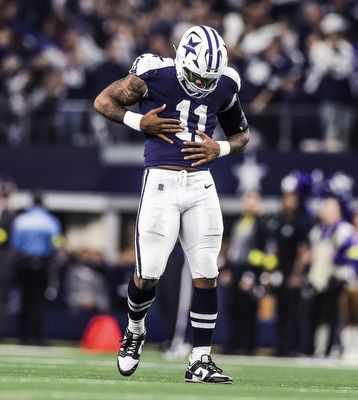 Defense is the Biggest Key to a Dallas Cowboys Win vs. the Colts

Dallas Cowboys are coming off a Thanksgiving win against the New York Giants. The Cowboys defense is the key for the Cowboys against Indianapolis Colts.